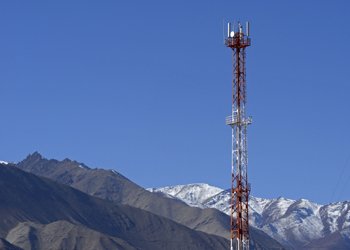 The agreement with Ascend Telecoms, which serves all licensed mobile network operators in India, will see the firm develop its zero-emission, hydrogen fuel cell technology for the generators which drive the masts.

India has around 425,000 telecom towers but nearly three-quarters of these don’t have grid power for eight hours or more, the UK firm said.

The aim is to cut both operating costs and the carbon footprint compared with the current diesel generators, according to Dr Henri Winand, Chief Executive Officer of Intelligent Energy.

He said: “Because of its sheer size and the expectation that the number of telecom towers will almost double to 800,000 by 2020, India represents a huge opportunity.

“The collaboration with Ascend alone is the equivalent of providing power to all the telecom towers in greater London serving more than 10 million end-consumers or about one-sixth of the UK population.”

More people in India have mobile phones than use toilets, a recent UN study found – which gives the country’s telecoms industry a peculiarly essential role to its citizens.