The European Commission intends to set a target of 27% for renewable energy across the continent rather than 30%. Keeping energy prices at a decent price to let European businesses […] 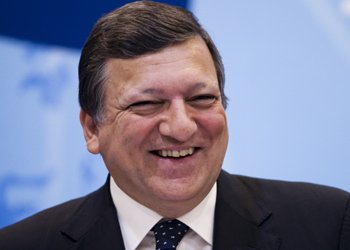 The European Commission intends to set a target of 27% for renewable energy across the continent rather than 30%.

Keeping energy prices at a decent price to let European businesses compete internationally is at the heart of the Commission’s new strategy for energy up to 2030.

Published today, the 2030 package puts forward an EU-wide renewable energy target but states it will “not be translated into national targets through EU legislation”.

The Commission said this will be enforced by a new governance system based on national energy plans.

It also proposes a binding greenhouse gas reduction target of 40% and a boosted yearly drop in the ‘cap’ on emissions from sectors covered by the EU Emissions Trading Scheme. This reduction would go up from 1.74% now to 2.2% after 2020.

The report makes clear Brussels is aware of the discrepancy between EU and US energy prices.

European Commission President José Manuel Barroso (pictured) said: “It is in the EU’s interest to build a job-rich economy that is less dependent on imported energy through increased efficiency and greater reliance on domestically produced clean energy.”

Energy Commissioner Günther Oettinger said plans set a “high level of ambition” for action against climate change while recognising this needs to be achieved at “least cost”.

The Commission also called for immediate action for a European industrial renaissance to make sure industry makes up 20% of Europe’s GDP by 2020.