Scrapping is such a strong, manly word – it’s a doing man’s word, a militaristically orderly word. So no wonder it rolled off David Cameron’s tongue so smoothly on Monday […] 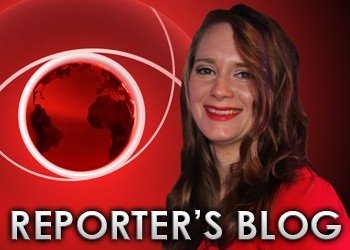 Scrapping is such a strong, manly word – it’s a doing man’s word, a militaristically orderly word.

So no wonder it rolled off David Cameron’s tongue so smoothly on Monday morning, as he refreshed his campaign to ditch cumbersome red tape.

The environmental rule book, he declared, will be slimmed down by some 80,000 pages to a mere 20,000-odd – it’s the government equivalent of going on weightwatchers.

New slim line regulations will be better for entrepreneurs or small businesses choking under the weight and cost of some “ridiculous” regulation.

That cut of 80,000 sounds ruthlessly clinical, even heroic. Take a closer look at what that big number means and it’s a slightly different story.

There is a good chunk of legislation going purely because it is now “redundant”, either because it’s covered in new laws or is so outdated it’s not worth looking at.

A case in point? Several rules are for redundancy payments to mineworkers in the late 70s and 80s. Another rule headed for the bin means the Government loses control over coal pit ponies.

Mmm, that will be sorely missed.

Take these into account and the red tape purge sounds more like a spring clean: Dave and his civil servants finally getting the feather duster out to clear away the cobwebs.

But some are worried the spring clean is actually quite sinister: several trade bodies fear there could be a “scaling back” of environmental ambition.

What they desperately fear is Dave in a coal-dusted pinny, wielding a meat cleaver. That’s a sight no-one wants to face.