Coal plants could sweep up in the auctions to provide power for Britain in future, leaving precious little space for low carbon power generation or energy efficiency, fears the Labour […] 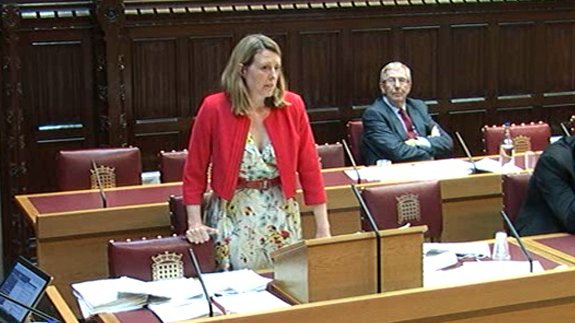 Coal plants could sweep up in the auctions to provide power for Britain in future, leaving precious little space for low carbon power generation or energy efficiency, fears the Labour peer Baroness Worthington.

She is concerned retrofitted coal plants could apply to participate in the capacity mechanism. In December, the Government will run the first auction for generators to win contracts for electricity supply in 2018.

Coal plants won’t be treated any differently from other power stations.

Speaking in the House of Lords on Thursday, where secondary rules for the electricity market were looked at by the Grand Committee, Baroness Worthington said: “The outcome I fear – and I hope I’m proven wrong – is that we will see a lot of inefficient, very old coal see the capacity mechanism as a nice quick way of having a refurbishment paid for by their competitors and that they will bid in for those 15-year contracts.”

Although this is likely to be “more by accident than by design” she said, “there’s nothing in these capacity mechanisms rules, as they stand as I see it that prevents them from doing it.”

Later, she pressed government minister Baroness Verma whether the Energy Secretary would ensure there is “room” for other generators or demand side management in the auctions.

Baroness Verma said she would respond to the committee on these points in writing.

When asked by ELN, the Department for Energy and Climate Change said the capacity market was “not expected to change the general picture we see of a move away from coal”.

A spokesperson said: “Any coal plants that participate in the Capacity Market will need to continue to meet environmental standards and be subject to the Carbon Price Floor, the tax on fossil fuels used to generate electricity. The coal plants that remain in operation will play more and more of a back-up role.

We have designed the Capacity Market to allow new and existing plants to compete, alongside technologies that reduce electricity demand, so that we can ensure a secure energy supply at the least cost to consumers”.

Government is planning separate auctions specifically for demand side response and storage technologies, in 2015 and 2016 for power in 2016/17 and 2017/18 respectively.

Coal provides as much as 40% of the country’s electricity needs today.