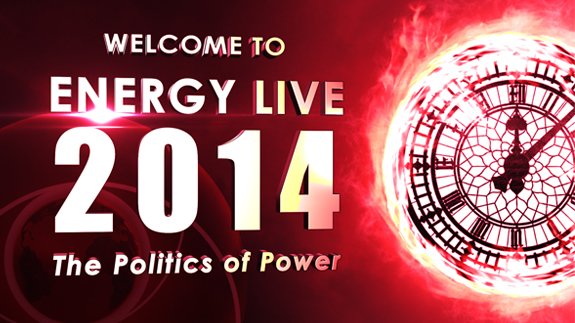 That’s not to mention the efficiency tips galore with one-on-one sessions with energy managers from some of the UK’s top retailers.

Now bigger than ever, Energy Live 2014 opens for a third year at the Barbican, spread over two floors with gripping debates and enlightening seminars.

With a theme the ‘Politics of Power’ ahead of next year’s election, there’s a chance to pose questions in our Question of Energy panel to SSE CEO Alistair Phillips-Davies, MD of British Gas Business Stephen Beynon and E.ON’s Director of B2B Anthony Ainsworth.

There’s an exclusive lesson from Brazil on how energy can do wonders for society from Tania Cosentino, Zone President for South America at Schneider Electric who has flown in especially for the conference.

Meanwhile it’s a last hurrah for trade body Energy UK’s outgoing CEO Angela Knight and she’ll be giving us the inside track on her real thoughts about energy – plus (we hope) of what she plans to do next.

Our audience will hear the latest on Big Energy Data, advice on winning over the tightest-fisted Finance Directors to energy efficiency and forward-thinking on our unconventional future – be it getting your own energy source, lighting the way with low energy LEDs or the future of fracking.

Spread over two floors at the Barbican in central London, the jam-packed event has three seminar streams each backed by the headline sponsors EY, npower and Schneider Electric for our audience of energy professionals.

It wouldn’t be an ELN event without a twist – and there’s a 21st century one for the seminars, with audience members getting ‘silent disco’-style headphones able to tune into different sessions.