The UK’s offshore capacity has surpassed 5GW. That’s according to the energy trade association Renewable UK, which said 5.054GW of capacity is currently installed in UK waters. It claims this […] 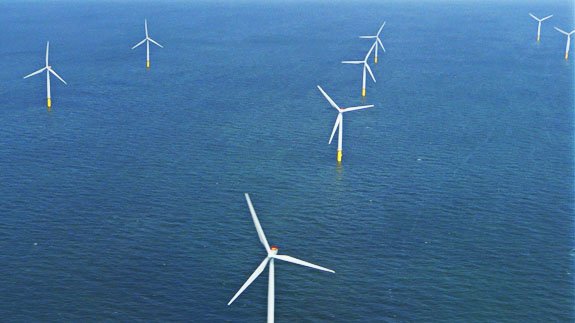 That’s according to the energy trade association Renewable UK, which said 5.054GW of capacity is currently installed in UK waters.

It claims this is enough energy to supply more than three million British households and save around six million tonnes of carbon emissions per year.

The record was hit when the Gwynt y Mor wind farm – located off the coast of North Wales with a capacity of 576MW – was officially opened last week.

Maf Smith, Renewable UK’s Deputy Chief Executive said: “This is an important landmark, which no other country is anywhere close to equalling, as we have more offshore wind installed than the rest of the world put together. It’s further evidence of how much the UK has achieved in developing the offshore wind industry in a short space of time – and there’s a healthy pipeline of projects still to come, as long as Government policy remains supportive.