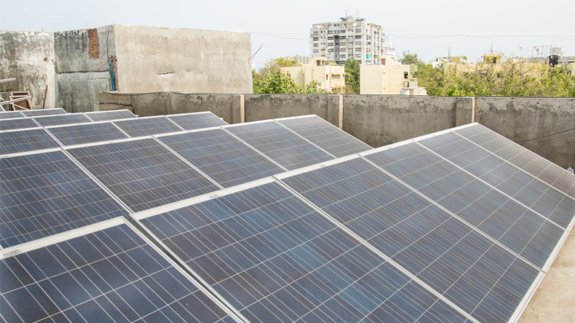 That’s according to Bloomberg New Energy Finance’s (BNEF) forecast, which also stated $2.2 trillion (£1.3tn) of solar energy investment will be for “small-scale solar projects as consumers seize control of their power”.

That’s equivalent to the worldwide capacity of rooftop, building-integrated and local solar panels of around 1.8TW by 2040, it added.

The report also revealed despite renewable energy attracting $8 trillion (£5.04tn) of funding, there will be investment in fossil fuels in developing countries. As a result, carbon emissions “will rise all the way to 2029 and will still be 13% above 2014 levels in 2040”.

Natural gas “will not be the transition fuel to wean the world off coal” added BNEF, which also forecasts coal-to-gas switching to take place in the US.

Jon Moore, CEO of BNEF said: “Last year’s forecast from BNEF identified the big share that renewables would have in power investment – that raised eyebrows at the time but other energy forecasters have since piped a similar tune.

“This year’s report pushes our thinking further with updated analysis on the slowing levels of demand we are already seeing and on the proliferation of small PV systems.”

Global power demand will be lower in 2040 than in 2014 due to energy efficient technologies in areas such as lighting and air conditioning, added the report.