ScottishPower is considering expanding a 440MW hydropower plant in Scotland. The energy firm has completed a feasibility study which showed it would be possible to build between 400MW and 600MW […] 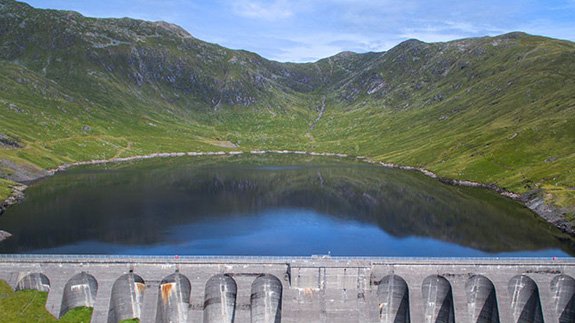 ScottishPower is considering expanding a 440MW hydropower plant in Scotland.

The energy firm has completed a feasibility study which showed it would be possible to build between 400MW and 600MW of new additional capacity at the Cruachan Pumped Storage hydro plant.

The works would consist of excavating a new cavern and constructing new dams to increase the capacity of the upper reservoir.

It would be a 10-year project which would create up to 800 new jobs during construction, ScottishPower said.

The Cruachan hydro plant can produce electricity for the grid within two minutes or 30 seconds if the turbines are already primed.

At full operation it can meet the power demands of more than 200,000 homes, the energy supplier claims.

It can also act as a battery as when the turbines are reversed they use excess electricity from the national grid to pump water back into the upper reservoir, storing this energy.

Hugh Finlay, Generation Director at ScottishPower, said: “A new generation of pumped storage hydro would be a major asset for electricity systems worldwide as more renewable electricity continues to come on line as well as being able to further support peak demand, expanded pumped storage would also be able to effectively store greater levels of electricity at times when renewable energy output is high but demand is low.

“Pumped storage hydro is the most cost effective and well-developed large-scale electricity storage technology in existence. We will now take forward our Cruachan findings with government and regulators.”