New standards aimed at protecting businesses, charities and public sector organisations when the retail water market opens up next year have been unveiled. Ofwat’s Customers Protection Code of Practice sets […] 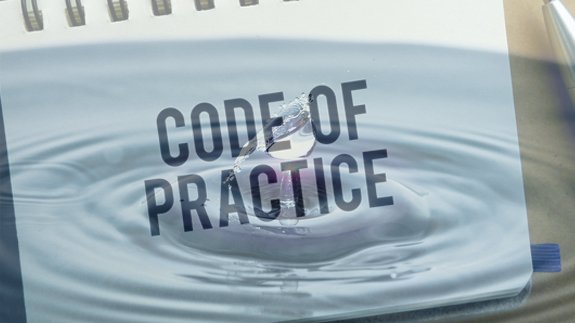 New standards aimed at protecting businesses, charities and public sector organisations when the retail water market opens up next year have been unveiled.

Ofwat’s Customers Protection Code of Practice sets out minimum standards that all retailers will need to comply with when dealing with customers.

It comes as 1.2 million business customers in England will be able to choose their supplier for water and wastewater retail services such as customer service and billing from April 2017.

The code sets out six principles water companies will have to abide by:

Ofwat said it will take action against water companies, including fining them or taking away their license to retail, if they don’t keep to the code.

It aims to ensure business customers have a continuous supply of water even if the contract with their existing supplier expires or isn’t rolled over.

The code requires water companies to issue “at least one accurate bill” based on actual meter readings to their customers every year. If customers have been charged the wrong amount, retailers can send “catch up bills” covering a period of up to 16 months only – down from the current six-year threshold.

The code also makes provision for micro businesses – those with less than 10 employees – to arrange affordable repayment plans for outstanding bills.

They will also benefit from other additional regulatory protections such as having a seven-day cooling off period to change their mind or cancel a contract. Companies will not be able to roll-over a contract without customers’ written consent. 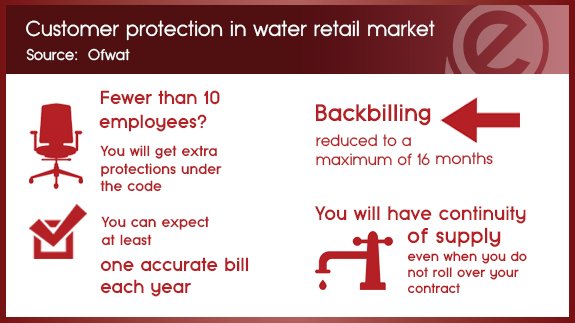 One of the ways customers can access the market is by using the services of third party intermediaries (TPIs), also known as brokers.

They may offer to get customers a better deal for their water and wastewater retail services and help them switch to their new retailer. They may also carry out price comparison of different offers for one retailer or multiple retailers as well as offer contract management services.

While TPIs are not licensed or directly regulated by Ofwat, there are laws covering what they can do, which prohibits misleading advertising and sales activities. If they break them, the regulator will work with other enforcement organisations such as the Competition and Markets Authority (CMA) to take action to prevent this happening in the future.

Ofwat said it is supporting the creation of an industry-led voluntary TPI code of practice and once finalised, it will encourage customers to sign up to brokers who are accredited members of that code.

Where TPIs are acting for business customers, retailers must obtain written confirmation – known as a letter of authority – from the relevant customer that:

Ofwat states the contract duration may be one year or more and suggests customers to check whether there will be a termination notice or fee in case they want to switch before the end of the contract.

It warns customers that a verbal agreement, in person or over the phone, with a TPI is legally binding.

Adam Cooper, Director of Economics at Ofwat, said: “We are working hard to put in place all the necessary elements to ensure that next April the world’s largest competitive water market opens ready for business. In learning from the experience of other sectors opening to competition, we know it is important to have the right customer protections in place.

“The code we have produced will deliver the right, targeted safeguards, especially for smaller organisations and in doing so will strengthen the new, competitive retail water market.”

It will take effect from the moment the market opens in April 2017.

Last week Ofwat unveiled its business plan for the next five years which is expected to help deliver its ‘Trust in water’ strategy.

If you missed the webinar with Dan Mason, Principal at Ofwat, you can listen again here.