Vattenfall is to convert a coal plant in Berlin to natural gas. Upgrading the Klingenberg power plant is to cost approximately £89 million and reduce Carbon Dioxide emissions by 600,000 tons […] 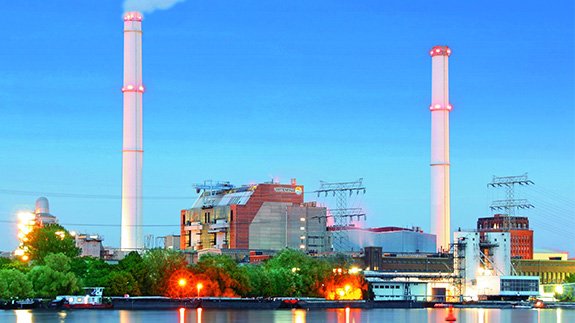 Vattenfall is to convert a coal plant in Berlin to natural gas.

The move is part of Vattenfall’s climate partnership with the city of Berlin, which aims to reduce CO2 emissions by 85% and become climate neutral by 2050.

Phasing out the coal unit was originally planned for 2020 but work has progressed faster than anticipated, bringing the date of completion forward to May 2017.

The plant is located in East Berlin and currently supplies heat to more than 300,000 households. It has a capacity of 188MW of electricity and 590MW of heat which will not be affected by the conversion.

Vattenfall also plans to phase out the coal unit of the Reuter plant in Spandau by 2020 as part of the Berlin climate agreement.

The company has sold off a number of its lignite coal plants in recent years to make way for further renewable investments.