Is biomass dirtier and costlier for coal phase out?

Biomass plants could be leading to more emissions and be more expensive than wind and solar for replacing coal power in the UK. That’s according to new analysis, which suggests […] 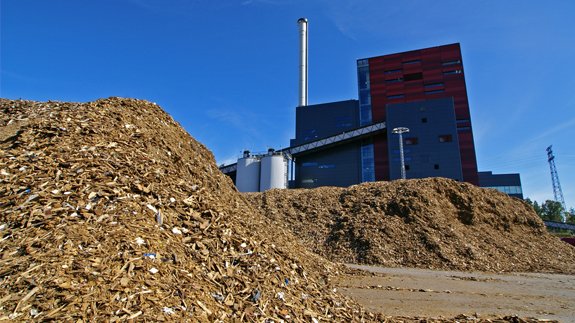 Biomass plants could be leading to more emissions and be more expensive than wind and solar for replacing coal power in the UK.

That’s according to new analysis, which suggests the UK should go with wind and solar as they are the least-cost way to ensure decarbonisation and security of supply as it closes coal-fired plants by 2025.

Vivid Economics examined the full system costs – including the latest technology and carbon costs – of biomass and other renewables and found biomass to be costlier than wind and solar alternatives in 2020.

Even in its scenarios which did not include a full accounting of direct biomass carbon emissions from power plants, the total economic cost of biomass was found to be comparable to or higher than for onshore wind and solar.

In 2025, as wind and solar costs continue to fall, they “are likely to be the least-cost way to ensure reliability of supply in the UK power system, not biomass”.

The report adds fuel costs – the biggest cost for biomass plants – are difficult to predict, especially since competition for these materials may increase around the world in the coming decades.

Sasha Stashwick, a Senior Advocate with NRDC said: “The science already shows that burning biomass on a mass scale for electricity increases carbon pollution and is extremely harmful to the environment. The emissions risks associated with biomass are simply too big to be ignored and now we see that the economics of biomass don’t make sense as the UK strives to replace coal and decarbonise its power sector.

“This report clearly indicates that when you account for total economic costs, cleaner alternatives like wind and solar are the lower-cost solution for a coal-free UK. It’s just good economic sense.”

Another US study claims biofuels are worse for the climate than petrol.

Fossil fuels, renewables and low carbon energy will be part of the discussions at the Energy Live 2016 conference in London on November 3rd. Last few free tickets available for energy end users and university students.