Scientists aim to reduce the 90 million tonnes of methane cows produce by burping and farting each year by developing a new type of grass. They say the “super grass” […] 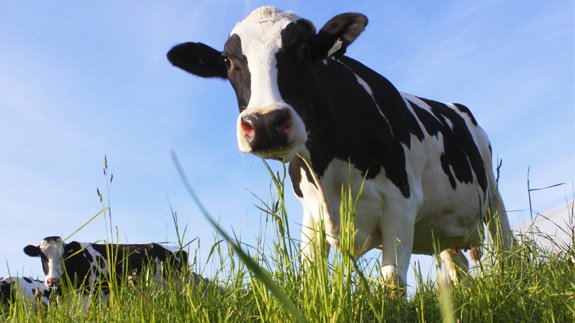 Scientists aim to reduce the 90 million tonnes of methane cows produce by burping and farting each year by developing a new type of grass.

They say the “super grass” will be digested more efficiently by cattle so will produce less gas but more milk.

The £1.6 million project, which is expected to be ready by 2024, will see genetics experts from the University of Aarhus in Denmark use DNA technology to create a strand which could be grown on farms across the world.

Senior Researcher Torben Asp, who is overseeing the project, said: “It will simply create a better diet for the cow, which can utilise the feed more efficiently and therefore they don’t release as much methane when they burp.”

The US Food and Agriculture Organisation believes agricultural methane output could go up by 60% by 2030 if nothing is done.

Esben Lunde Larsen, Denmark’s Environment Minister, added: “We know that cattle are one of agriculture’s culprits when it comes to releasing greenhouse gases so it’s important that we explore how we can reduce cows’ emissions.

“It’s also a good example of future sustainable food production, in which there is a contradiction between growth and climate but production goes hand in hand with nature.”

Climate change and sustainability will form part of the discussions at the Energy Live 2016 conference on November 3rd in London. Limited free tickets available for energy end users and university students.