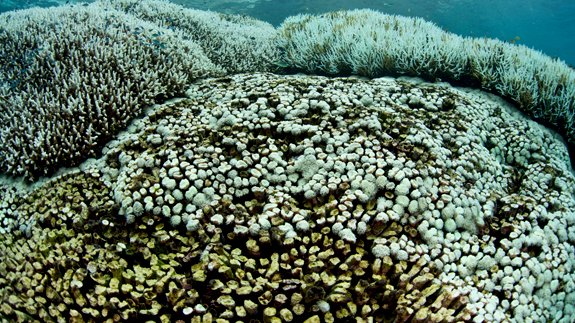 The UN Environment Programme says the yearly deterioration caused by warming sea water allows no chance for reefs to recover, which can take up to five years.

This means it poses a grave threat to what is one of the planet’s most important ecosystems.

Researchers found Taiwan and the Turks and Caicos Islands would be the first to suffer significant damage each year, followed by reefs off the coast of Bahrain, Chile and French Polynesia.

The environment agency hopes its work will allow conversation experts and governments to prioritise the issue. The study shows if global warming can be limited to less than a 2°C rise as outlined in the Paris Agreement, coral reefs will have an additional 11 years to adapt to warmer seas.

Many reefs started showing signs of serious damage in 2014 – 90% of the Great Barrier Reef has suffered bleaching and 20% has been destroyed since then.