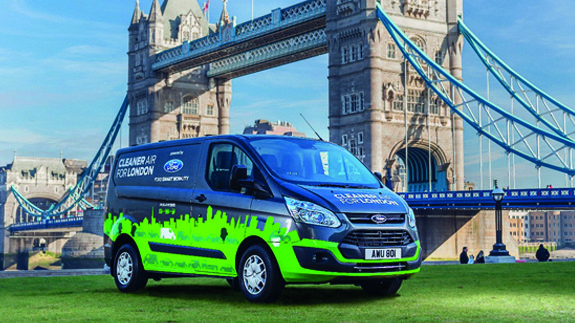 The 12-month project will trial 20 new plug-in hybrid Ford Transit Custom vans that reduce emissions by running on electric power for the majority of trips such as deliveries and maintenance works.

It is one of 13 new electrified vehicles the car manufacturer is launching in the next five years globally.

Select London businesses will test the vans as part of the project, supported by Transport for London, which will also update its fleet.

Commercial vehicles in the capital make 280,000 trips a day for a total of eight million miles. Vans represent 75% of peak commercial traffic, with more than 7,000 vehicles an hour on the road in central London alone.

The project, supported by a £4.7 million grant from the UK Government-funded Advanced Propulsion Centre, will launch in autumn this year.

“Transport for London continues to lead by example by increasing the number of its own vehicles that are electric and will find the data from these trials an invaluable resource for the LoCITY programme, which encourages the uptake of low-emission commercial transport.”