More than one in five supermarket shoppers would like technology to help them reduce food waste. That’s according to new research from food and grocery experts IGD, which shows cutting rubbish […] 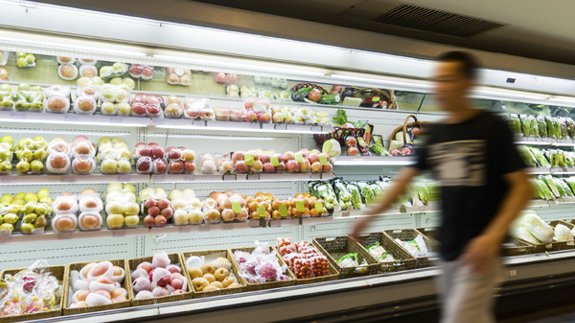 More than one in five supermarket shoppers would like technology to help them reduce food waste.

That’s according to new research from food and grocery experts IGD, which shows cutting rubbish is a priority for younger shoppers between the age of 18 and 25, with nearly a third (29%) wanting to use technology in this way compared to just 17% of shoppers older than 65.

Geographical location also seems to have an important effect – a similar contrast was observed between those in Yorkshire and Humber (29%) being most likely to want to use technology for this purpose and shoppers in Wales and London (18%) being least likely to.

Families with children under five years old are also more likely to say they want to use technology to reduce food waste (29%), compared to shoppers with no children under the age of 18 (20%).

“Shoppers are clearly not shy to advancements in technology in food and grocery and with the growing demand for progression in this area we look forward to seeing how retailers will continue to rise to this challenge.”

The Co-op and Mars are the first food and drink firms to join a new online platform for green co-operation.