An electric plane has towed a glider into the sky for the first time. Siemens’ Extra 330LE aerobatic aircraft features a new type of electric motor, weighing just 50 kilograms and delivering a […] 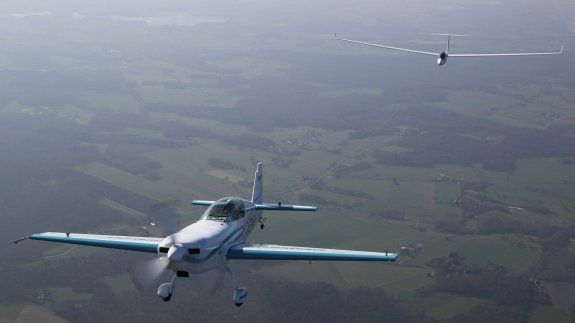 An electric plane has towed a glider into the sky for the first time.

The nearly silent aerotow took a type LS8-neo glider up to a height of 600 metres in only 76 seconds.

At Germany’s Dinslaken Schwarze Heide airfield, it reached a top speed of around 340km/h over a distance of three kilometres.

Siemens is contributing this technology to the collaborative project it agreed with Airbus last year to drive the development of electrically powered flight.

Electric drives are scalable – Siemens and Airbus plan to use the record-setting motor as a basis for developing commercial airliners powered by hybrid-electric propulsion systems.