The government’s draft plans to tackle air pollution in the UK has been criticised as “weak”, “toothless” and “inadequate”. The Department for Environment, Food & Rural Affairs (Defra) published the […] 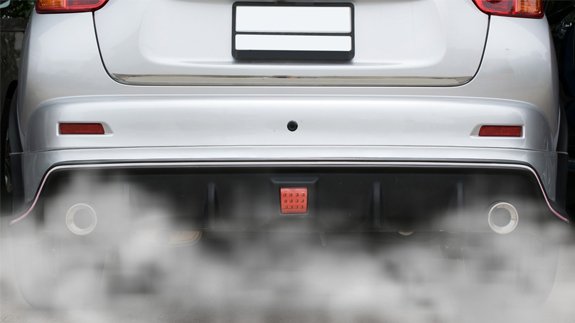 The government’s draft plans to tackle air pollution in the UK has been criticised as “weak”, “toothless” and “inadequate”.

The Department for Environment, Food & Rural Affairs (Defra) published the air quality plan today after it lost its High Court battle to delay it until after the general election.

While the government has not committed to a scrappage initiative for all polluting diesel cars, it is considering a “targeted” scheme to get older vehicles off the roads.

The document states the scheme could be developed to contribute to the cost of buying a cleaner vehicle but it “would have to be targeted at those most in need of support and be limited in scope”.

Most of the burden for tackling air pollution however is on local authorities as they are expected to develop plans to achieve compliance.

The document adds: “It will be the responsibility of local authorities to develop innovative proposals for their local area that will bring pollution levels within the legal limits within the shortest time possible.”

The government says the proposals for tackling Nitrogen Dioxide (NO2) “rely on the development of comprehensive Clean Air Zone plans by local authorities” in each of the English towns and cities where action is needed.

They could be focused on particular locations such as bus depots, behaviours like engine idling, sites with particular emission problems and through working with local businesses.

However they are not required to include a charging zone, suggesting it should only be used where local authorities “fail to identify equally effective alternatives”.

There is however no commitment on changing tax for diesel vehicles, with the document stating: “The government will continue to explore the appropriate tax treatment for diesel vehicles and will engage with stakeholders ahead of making any tax changes.”

It is proposing to launch a Clean Vehicle Retrofit Accreditation Scheme later this year, which will help vehicle owners know which technologies are compatible with their vehicle type and are proven to deliver expected pollutant emissions reductions.

Defra is consulting on the proposals until 15th June.

He said: “Whilst I’m pleased the government has not ruled out my proposals for a targeted diesel scrappage fund, there is no commitment to it. This alone will not fix the problem or bring our air back into legal pollution limits.

“The government’s proposals don’t include a commitment for a new comprehensive Clean Air Act and there’s no commitment to changes to vehicle excise duty to encourage people to buy cleaner cars. This is a weak plan that lacks any sense of urgency. That means thousands of people will continue to die prematurely and unnecessarily and many more children having to live with long term health problems.”

Environmental lawyers ClientEarth, who previously brought legal proceedings against the government, added the air pollution plan “looks much weaker” than what they’d hoped.

A spokesperson said: “The court ordered the government to take this public health issue seriously and while the government says that pollution is the largest environmental risk to public health, we will still be faced with illegal air quality for years to come under these proposals.

“There needs to be a national network of Clean Air Zones which prevent the most polluting vehicles from entering the most illegally polluted streets in our towns and cities. We fail to see how the non-charging Clean Air Zones, proposed by the government, will be effective if they don’t persuade motorists to stay out of those areas. The government seems to be passing the buck to local authorities rather than taking responsibility for this public health emergency.”