A coffee company has launched a trial to recycle its used aluminium capsules through a London council’s household waste collection service. Nespresso’s pilot project in the Royal Borough of Kensington […] 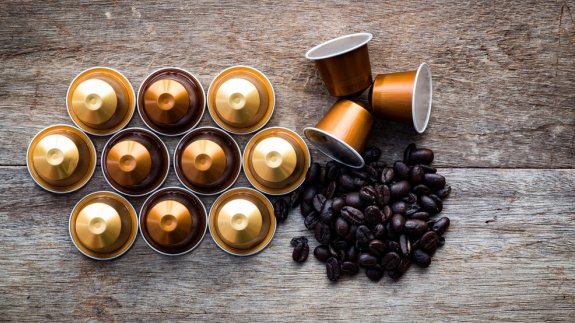 A coffee company has launched a trial to recycle its used aluminium capsules through a London council’s household waste collection service.

Nespresso’s pilot project in the Royal Borough of Kensington and Chelsea aims to expand existing recycling schemes for the used coffee capsules, which until now have been handed in at the company’s stores or collected upon receipt of a new delivery.

In response to customers saying it would be easier and more convenient if they could be picked up as part of the council’s service, Nespresso is now providing purple plastic bags for the capsules, which can be left out alongside other domestic rubbish.

These bags will then be sent to Nespresso’s own dedicated facilities where their contents will be 100% recycled.

The waste coffee grounds will also be used to create nutrient-rich compost.

Francisco Nogueira, Managing Director of Nespresso UK and Ireland, said: “As well as being the best packaging to protect the quality of our coffee, aluminium does not lose its technical properties when recycled, which allows it to be used again and again.

“This ability to be recycled time after time means that more than 75% of all aluminium ever produced is still being used today.”

The pilot, which started last week, will last for six months.