The UK election has ended in a hung Parliament in an election twist today. The Conservatives secured 42.4% of the votes winning 318 seats, while Labour at 40% ended with […] 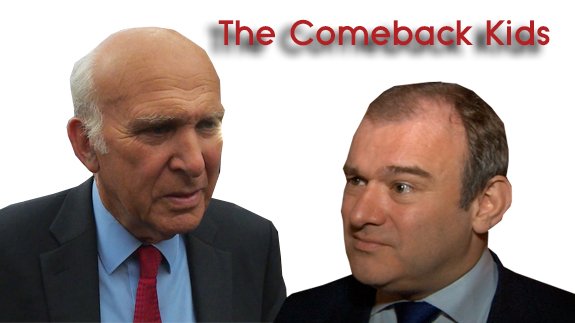 The UK election has ended in a hung Parliament in an election twist today.

Prime Minister Theresa May and her party failed to get a majority but she is expected to visit the Queen later today to seek permission to form a government.

Conservatives Greg Clark, Jesse Norman and Nick Hurd, who served as Energy Secretary and Energy Ministers under Theresa May, have held their seats.

Mr Clark tweeted: “Honoured to have been re-elected as MP for Turnbridge Wells with more votes than I have ever had before. I will work hard for our community.

Mr Norman added: “Honoured and delighted to have been re-elected, with an increased vote and a majority of the electorate. Thank you Hereford & S Hfdshire!”

Mr Hurd also took to social media: “Thank you to the people of RNP [Ruislip, Northwood and Pinner] for re-electing me as your MP. It is a huge honour and one that I have never taken for granted.”

Former Lib Dem Energy and Climate Change Secretary Ed Davey returns as an MP as he won the Kingston & Surbiton seat from the Conservatives.

Lib Dem Vince Cable, who served as Business Secretary in the 2010-15 coalition also won back his seat in Twickenham, with a majority of 9,752, after losing it two years ago.

The energy industry is bracing for a period of political uncertainty following the shock results.

Michael Burns, oil and gas partner at law firm Ashurst said: “A hung parliament can only lead to the potential for further uncertainty for an industry that has suffered from that theme over the last few years with the fluctuations in oil and gas prices. ‎

“This will be particularly felt in the UK’s shale gas industry which will be watching carefully as the inevitable political ‘moving and shaking’ over the next days, weeks and months will be key to its near and longer term prospects.”

Dr. Nina Skorupska, Chief Executive of the Renewable Energy Association added: “In uncertain times, one thing all the main parties agree on is meeting our carbon budgets, the need for jobs and cheaper bills.

“The renewable and cleantech industry has been waiting for nearly a year for the release of the Clean Growth Plan and it’s now critical for us that we have a clear commitment and direction, no matter what shade of government.”

The pound is said to have fallen by more than 2% following the general election results.