Ammonia pollution exceeded EU limits in 2015. That’s according to a new report from the European Environment Agency (EEA), which shows although the level of ammonia has dropped since 1990, […] 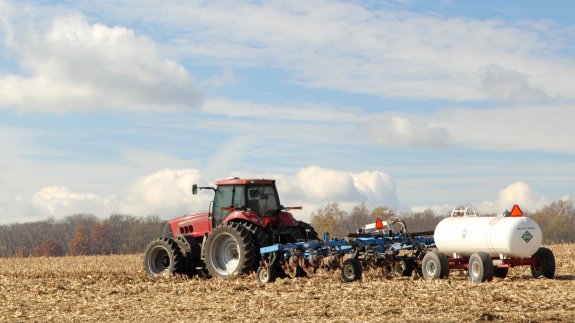 That’s according to a new report from the European Environment Agency (EEA), which shows although the level of ammonia has dropped since 1990, it needs to catch up with the rapidly falling volumes of other airborne pollutants.

Around 94% of ammonia emissions in Europe stem from agriculture, which has been blamed for causing an oversupply of nitrogen, the acidification of ecosystems and harmful particulate matter in the air.

Several Member States, as well as the EU as a whole, exceeded their respective ammonia emission limits under the Long-range Transboundary Air Pollution (LRTAP) convention in 2015.

Ammonia emissions rose the most in France, Germany and Spain.

The other main pollutants covered by LRTAP have dropped considerably since 1990, including carbon monoxide, non-methane volatile organic compounds and nitrogen oxides, which have been reduced by 68%, 61% and 56% respectively.

These chemicals are responsible for the formation of ground-level ozone.

Estonia and Malta have not signed the convention and therefore do not have set ceilings, while Austria, Greece, Ireland, Italy and Poland have not yet ratified the protocol.