UK to ban new petrol and diesel cars from 2040

New diesel and petrol vehicles are to be banned in the UK from 2040 in a bid to fight air pollution. It is part of the government’s clean air strategy, […] 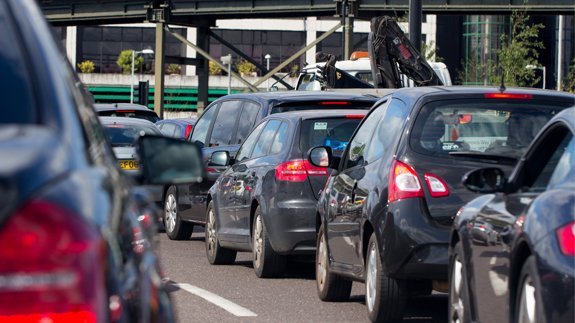 It is part of the government’s clean air strategy, with today’s announcement focused on delivering nitrogen dioxide (NO2) compliance.

The UK is one of 17 EU countries breaching annual targets for NO2, which the government claims has been made worse by the “failure of the European testing regime for vehicle emissions”.

An analysis of more than 1,800 of Britain’s major roads shows 81 or 4% are due to breach legal pollution limits for NO2 – 33 of which are outside London.

The government is providing £225 million to help towns and cities tackle emissions from diesel vehicles, with the funding to support immediate work to conduct feasibility studies as well as deliver local plans. Around £40 million will be made available immediately to support local authorities to take action to improve air quality “in the shortest time possible”.

They will also be able to bid for money from a new Clean Air Fund to support improvements to reduce the need for restrictions on polluting vehicles, such as charging zones. The government says that could instead include plans to change road layouts, remove traffic lights and speed humps or retrofit buses.

Councils are being urged to exhaust other options before opting to impose charging, with any restrictions suggested to be time limited and lifted “as soon as pollution is within legal limits and the risk of future breaches has passed”.

Van drivers are set to be given the right to use heavier vehicles if they are electric or gas-powered.

Under proposed new laws, manufacturers found to be using devices on their vehicles to cheat emissions tests could face criminal and civil charges, with fines of up to £50,000 for every device installed.

Environment Secretary Michael Gove said: “Today’s plan sets out how we will work with local authorities to tackle the effects of roadside pollution caused by dirty diesels, in particular nitrogen dioxide. This is one element of the government’s £3 billion programme to clean up the air and reduce vehicle emissions.

“Improving air quality is about more than just transport so next year we will publish a comprehensive Clean Air Strategy. This will set out how we will address all forms of air pollution, delivering clean air for the whole country.”

The government will issue a consultation in the autumn to gather views on measures to support motorists, residents and businesses affected by local plans, such as retrofitting, subsidised car club memberships, exemptions from any vehicle restrictions or a targeted scrappage scheme for car and van drivers. They will need to target those most in need of support.

The news comes after the High Court ordered the government to produce new plans to tackle illegal levels of nitrogen dioxide following a legal battle.

FairFuelUK, a campaign group that fights for lower fuel duty and transparent pricing, believes the ban will cost “trillions to consumers and the economy”.

It stated: “It is inevitable that carbon based fuels will be phased out to favour cleaner fuels but to do it as a cliff edge in 20 years is naïve and ill thought out. Better to phase in new fuel technologies to work effectively and be supported, without a target date to terminate diesel and petrol.”

Lead Spokesperson Quentin Willson added: “So by 2040, no fuel stations, no garage repairs, no car parts suppliers and 15 million diesels scrapes. The cost will be trillions.”

Sadiq Khan said: “The commitment to phase out sales of new diesel cars is welcome but Londoners suffering right now simply can’t afford to wait until 2040. We need a fully funded diesel scrappage fund now to get polluting vehicles off our streets immediately as well as new powers so that cities across the UK can take the action needed to clean up our air. Without extra financial support for those who bought polluting vehicles in good faith then any pledge to clean up our air rings hollow.”

Clean air campaigner Areeba Hamid said: “We cannot wait nearly a quarter of a century for real action to tackle the public health emergency caused by air pollution. Car manufacturers like Volvo have announced their intention to move away from petrol and diesel cars by the end of this decade. Germany, India, the Netherlands and Norway are all considering bans by 2030 or sooner.

“While this plan makes the right headline-grabbing noises, in reality it means that children across the UK will continue to be exposed to harmful air pollution for years to come, with potentially irreversible impacts. Providing a long term vision is not enough., Gove still needs to protect our health right now from toxic fumes polluting our streets.”