A proposed concentrated solar power (CSP) facility in Tunisia could export large amounts of energy to Europe. If the project is approved by the North African country’s government, energy company […] 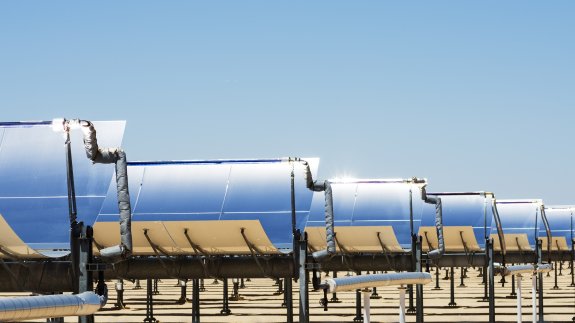 If the project is approved by the North African country’s government, energy company TuNur could start building the facility in the Rjim Maatoug region.

The facility would use thousands of mirrors to focus concentrated solar energy onto a number of towers, which would heat molten salts, boil water and generate steam to power turbines.

The entire complex could eventually be three times larger than Manhattan and electrify as many as two million homes in Europe.

A first stage would see a 250MW CSP installation by 2021, with a transmission line of similar capacity stretching to Malta and then on to mainland Europe.

This would later be bolstered by the main 2,250MW deployment, which would create electricity to be transported via new power lines to Italy and eventually France.