The US Environmental Protection Agency (EPA) has said there are multiple ways to protect the environment and safeguard public health while pursuing economic growth and energy independence. In a new […] 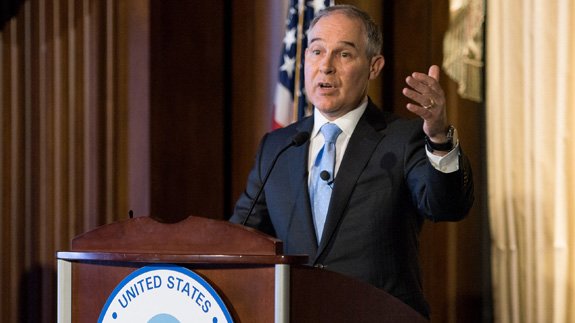 The US Environmental Protection Agency (EPA) has said there are multiple ways to protect the environment and safeguard public health while pursuing economic growth and energy independence.

In a new report, Administrator Scott Pruitt identifies a number of key initiatives to advance these goals and reduce “unnecessary regulatory burdens” on the development and use of domestic energy resources.

It aims to reform the New Source Review (NSR), a programme intended to ensure sources of air pollution such as power plants do not significantly degrade air quality.

The EPA says these measures currently impact all facilities that generate energy from oil and natural gas, placing burdens such as higher costs, greater uncertainty and potential closure upon them.

It also aims to reduce the costs imposed upon American businesses, employees, and consumers by regulations such as the Clean Water Act, the Toxic Substance and Control Act and the Solid Waste Disposal Act.

Mr Pruitt said: “We can be both pro-jobs and pro-environment.  At EPA, that means we are working to curb unnecessary and duplicative regulatory burdens that do not serve the American people – while continuing to partner with states, tribes and stakeholders to protect our air, land and water.”