An alternative mobility firm has officially opened a large-scale electric vehicle (EV) battery plant in Germany. Akasol says its €10 million (£8.9m) factory in Langen will be able to produce […] 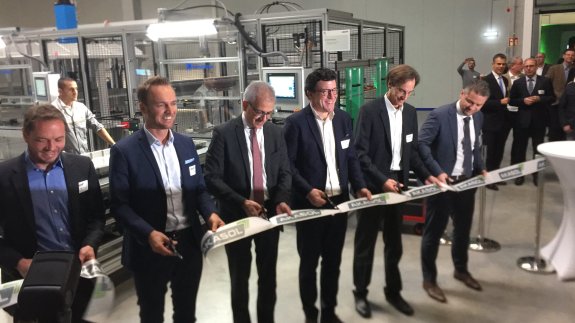 Akasol says its €10 million (£8.9m) factory in Langen will be able to produce lithium-ion battery systems for up to 3,000 electric buses and other large commercial vehicles every year.

The company suggests it may double the finances ploughed into the factory as demand increases.

It claims the plant is already the largest assembly line for commercial vehicle battery systems in Europe, boasting an annual production capacity of 600MWh.

Akasol has already signed contracts with a number of bus manufacturers to supply batteries for 10,000 buses over coming years.