Innovate UK has awarded £1.2 million to help develop technologies for the autonomous inspection of offshore wind farms. The funding will be used by Perceptual Robotics, ASV, the University of […] 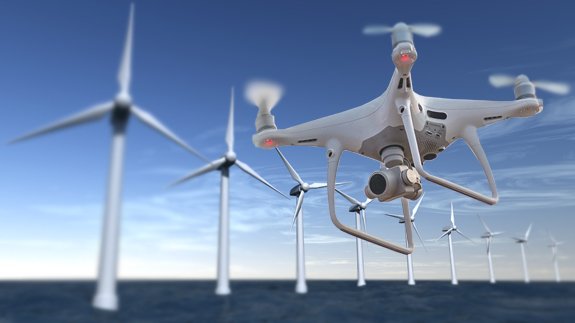 The funding will be used by Perceptual Robotics, ASV, the University of Bristol and VulcanUAV to integrate drones, a computer vision lab and an autonomous boat into a cohesive and effective maintenance system.

The project aims to reach the stage where drones can be deployed and recovered in the offshore environment without the need for human interaction, cutting costs and increasing safety.

The consortium says the offshore wind market is growing, as well as the number of turbines needing regularly checking over.

It says autonomous drones are key for the repeatable, reliable and inexpensive acquisition of data, as well as allowing for full scanning of the structure from various angles.

The system will automatically alert wind farms operators if damage is discovered and the group says it is likely to also have applications for inspecting construction sites, ships, power lines and oil rigs in the future.