Green firm in UAE splashes out on Tesla trucks

An environmental management company based in the United Arab Emirates (UAE) has ordered 50 of Tesla’s new electric trucks. Bee’ah says it is the first organisation to order the heavy-duty […] 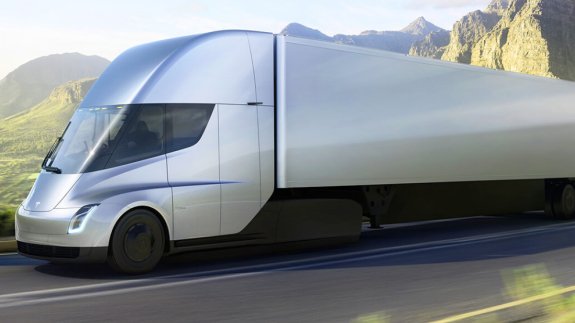 An environmental management company based in the United Arab Emirates (UAE) has ordered 50 of Tesla’s new electric trucks.

Bee’ah says it is the first organisation to order the heavy-duty electric vehicles (EVs) in the Middle East.

It plans to use them primarily for waste collection and transportation, including the transit of materials for recovery at recycling plants.

The electric trucks, which are planned to enter production in 2019, will add to the business’ 1,000-strong fleet, which already includes vehicles powered by natural gas, biodiesel and electricity.

Khaled Al Huraimel, Group CEO of Bee’ah, said: “As a torchbearer for environmental responsibility, Bee’ah’s move to bring the first and largest fleet of Tesla Semi trucks to the region is a significant milestone in our operational evolution.

“Sustainability is at the very core of what we do and the pursuit of this feeds into every level of our organisation.”

Bee’ah has previously invested in Tesla’s Powerpack battery technology at its net-zero energy headquarters, which is currently under construction.