‘London’s waste is a burning issue’

London currently sets fire to more than half of the waste it generates, with this volume now exceeding two million tonnes each year. That’s according to the London Assembly Environment […] 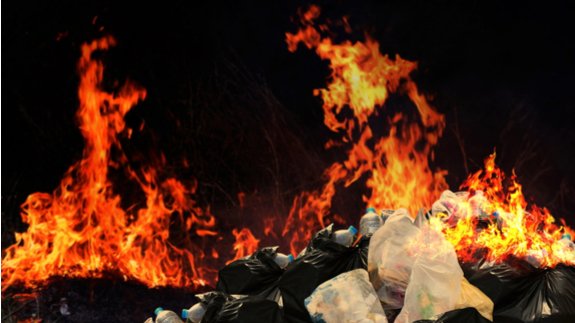 London currently sets fire to more than half of the waste it generates, with this volume now exceeding two million tonnes each year.

That’s according to the London Assembly Environment Committee, which says this figure has more than doubled in the last decade.

Currently, 53% of London’s waste ends up being incinerated in waste-to-energy facilities, with 30% being recycled and the remaining 17% going to landfill or similar.

The Committee says much of the burnt material is recyclable or biodegradable and as a result could be utilised more usefully elsewhere.

It suggests this happens because waste-to-energy plants do not sort and remove food or recyclable plastic and paper waste as this is seen as the responsibility of residents, businesses and local authorities.

However, the group says levels of incineration show no signs of slowing down in the capital, due to it being a relatively cheap process.

Britain will have to deal with more of its own rubbish as waste export restrictions from China and possibly from Brexit limit the volume that can be shipped overseas.

Mark Sommerfeld, Policy Analyst at the Renewable Energy Association, said: “Energy from Waste has a crucial role to play at the end of the waste hierarchy, ensuring that the amount of waste going to landfill is minimised and that we are able to recover energy in the form of power and heat, as well as using advanced conversion processes to produce transport fuels and green chemicals for the capital.”