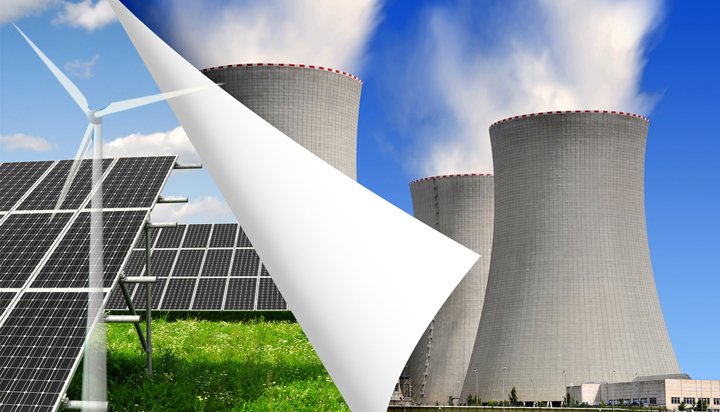 The UK Government has been cautioned against a “rush” to guarantee support for multiple new nuclear power stations and suggested to boost investment in renewable energy.

The National Infrastructure Commission (NIC) proposes the UK should agree support for only one more nuclear plant before 2025 – after Hinkley Point C in Somerset – as an energy system based on renewables offers a potentially cheaper alternative.

Its National Infrastructure Assessment found moving the electricity system to be powered mainly by renewable energy like wind and solar power could be the “safest bet” in the long term.

It says the “golden opportunity” to switch to greener options would also be cheaper than implementing carbon capture and storage (CCS) within the existing system – if the government take steps to ensure at least 50% of the UK’s electricity is generated from green sources by 2030 from around 30% currently.

The NIC adds a green energy system “need not lead to higher bills” – it adds consumers currently pay an average of £1,850 per year energy costs, including fuel and equipment for heating and hot water, electricity and transport fuel costs.

It believes the same services could be delivered at the same cost in 2050 by a low carbon energy system – but only “if the right decisions are taken now”.

NIC Chairman Sir John Armitt said: “If we act now, we have a golden opportunity to make our country greener and protect the money in the pockets of consumers long into the future – something few of us expected to be able to do.

“Ministers can seize this chance by investing in renewables and other low carbon technologies so they become the main players in our energy system – something that was considered a pipedream as little as a decade ago. But they need to act now to realise the full potential of what can be achieved.”

The Commission also suggests the UK must prepare for connected and autonomous vehicles, with 100% electric vehicle (EV) sales by 2030 – and a recommendation to provide £43 billion of “stable” long term transport funding for regional cities.

It is also calling for the government to enable commercial investor to build charging points throughout the country, including requiring local authorities to free up 5% of their parking spaces for EV charge points by 2020 and 25% by 2025.

The report also recommends three quarters of plastic packaging in the UK should be recycled by 2030 as it believes there are “lower cost, lower carbon options” in the waste sector, especially for food waste and plastics.

It states there is public support for greater recycling but frustration with the complexity of the process.

The NIC also recommends heating to no longer be provided by natural gas, to ensuring resilience to extreme drought through additional supply and demand reduction and a national standard of flood resilience for all communities by 2050.

BEIS said upgrading the UK’s infrastructure is “at the heart of our plan” to boost growth and productivity.

A spokesperson added: “The UK is a world leader in tackling climate change and renewables, having reduced our emissions by 30% and our Industrial Strategy prioritises the research and development of clean energy sources. As we continue our transition to a low carbon economy and meet this challenge the government is committed to providing a secure energy system with a diverse energy mix in which new nuclear has an important role to play.”