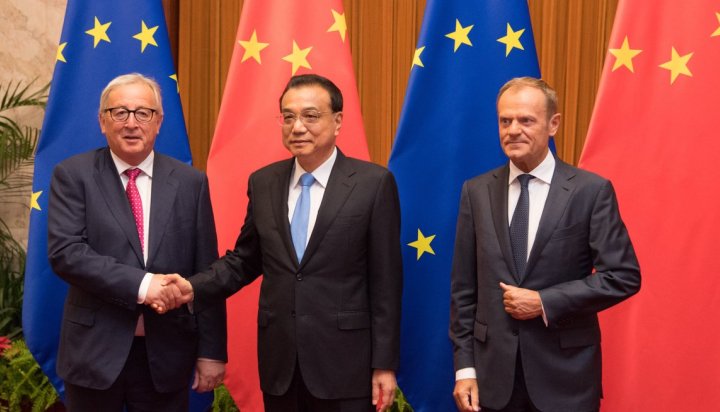 The European Union and China have committed to step up their co-operation towards lowering greenhouse gas emissions and tackling climate change.

They signed an agreement at the 20th Summit between the EU and the People’s Republic of China in Beijing today, intensifying their political, technical, economic and scientific co-operation on the Paris climate agreement and clean energy.

They also inked a Memorandum of Understanding to Enhance Co-operation on Emissions Trading, which acknowledges the significant potential of carbon trading to contribute to a low carbon economy.

In addition, the EU and China committed to protect the marine environment against pollution, including plastic litter and work together to improve the international governance of the oceans.

Jean-Claude Juncker, President of the European Commission said: “I have always been a strong believer in the potential of the EU-China partnership. And in today’s world, that partnership is more important than ever before. Our co-operation simply makes sense.”