Austrian cyclist speeds up for chain reaction on climate action

The ‘Ice2Ice’ journey will take Michael Strasser from Alaska to Patagonia 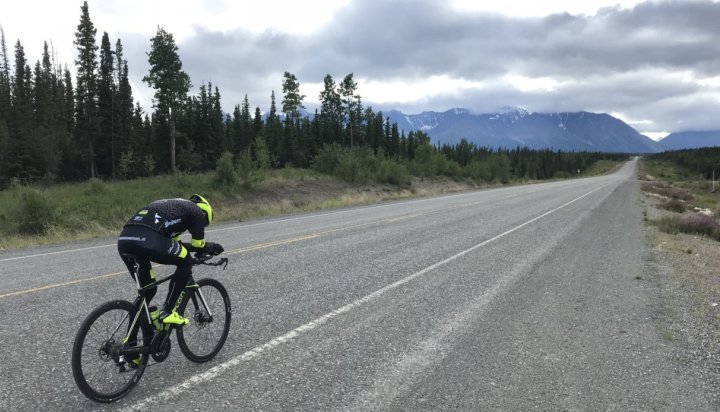 Austrian cyclist Michael Strasser has set out on a record-breaking attempt intended to raise awareness for climate change action.

Dubbed ‘Ice2Ice’, the journey will take him from Alaska to Patagonia – said to be the longest overland route available – to demonstrate the links between personal transportation choices and climate change.

According to UN Environment, mountains, which are home to millions of people, provide crucial ecosystem services for the world, including freshwater but climate change is causing glaciers to retreat and plants and animals to start vanishing.

It adds climate change disproportionately affects the Arctic, Antarctica and mountain regions, which is highly visible by the loss of ice and snow cover – between 1960 and 2003, glaciers in Patagonia and Alaska have thinned by around 35m and 25m.

The rise of mountain tourism is also said to have created new streams of waste that put additional pressure on the already fragile habitats.

Mr Strasser said: “I’m proud to support UN Environment and to be part of their Mountain Heroes campaign. It would mean a lot to me if I could motivate every single person who follows me to sometimes take a bike instead of their car.

“If my attempt is to bike 23,000 kilometres and 185,000 vertical meters, then everyone can manage one or the other kilometre in their daily life too. I think if all of us contribute something even small, something big can come of it.”

ELN’s Power Ride bike challenge is taking place on 19th September, aiming to raise money for Arthritis Research – do get in touch if you would like to join us! More details here.