Fleet of low-emission buses rolled out in Kathmandu 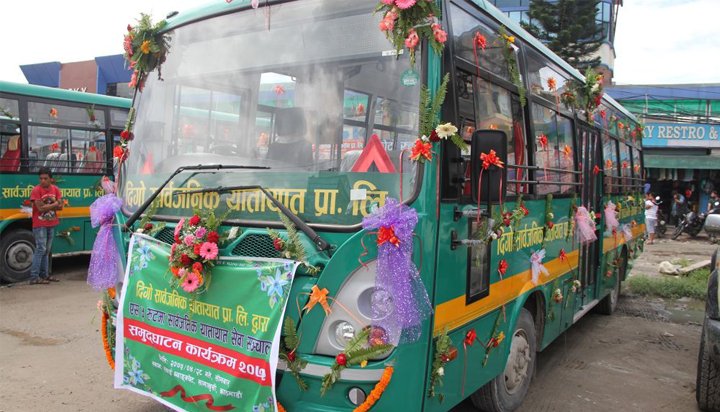 A fleet of 17 low-emission buses has been rolled out in Nepal’s capital city of Kathmandu in a bid to tackle air pollution.

The 25-seater buses have replaced old microbuses and three wheelers and will be used on a pilot route called S5 – from Gongabu to Sinamangal. They also use a Global Positional System (GPS), enabling passengers to track the buses in real time.

The initiative is part of the Asian Development Bank’s (ADB) Kathmandu Sustainable Urban Transport Project, which promotes the use of cleaner vehicles.

The ADB says population growth, rapid urbanisation and the increasing number of vehicles in the Kathmandu Valley have led to traffic congestion, road accidents and environmental degradation in recent years.

The owners of the old vehicles came together to form a private limited company that now runs the bus service.

Project Director Ananta Acharya said: “The incentive for the owners who had to shut down the ageing microbus and tempo service in the designated routes and operate the newer and cleaner buses is that they are now shareholders of the new company and will get regular dividends.

“So, it’s a win-win for transport operators, passengers and most importantly, for the environment.”