It warns human activities have already caused around 1°C of warming above pre-industrial levels and is likely to reach 1.5°C by as early as 2030 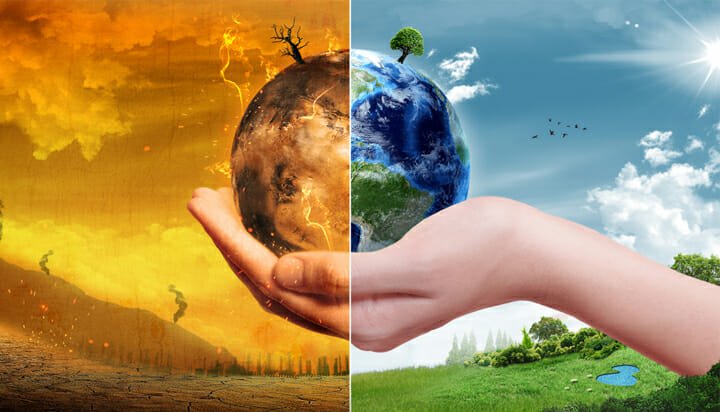 Governments across the world must take “rapid, far-reaching and unprecedented changes in all aspects of society” to avoid catastrophic consequences of global warming.

The world’s leading climate scientists have issued a stark warning on the global impacts of rising temperatures in a new report published today, drawing on more than 6,000 scientific studies.

The UN Intergovernmental Panel on Climate Change (IPPC) said limiting global warming to 1.5°C will require “rapid and far-reaching” transitions in land, energy, industry, buildings, transport and cities, with global human-caused carbon emissions required to fall by around 45% from 2010 levels by 2030, reaching net zero around 2050.

The scientists believe the climate change pledges made by governments over the last three years are not enough to keep warming below 1.5°C and what happens between now and 2030 is “critical”.

They warn human activities have already caused around 1°C of global warming above pre-industrial levels and is likely to reach 1.5°C by as early as 2030 if it continues to increase at the current rate – and could be 3°C warmer by the end of the century.

That could lead to an increase in extreme drought, wildfires, food shortages and flooding for hundreds of millions of people across the world.

Panmao Zhai, Co-Chair of IPCC Working Group I said: “One of the key messages that comes out very strongly from this report is that we are already seeing the consequences of 1°C of global warming through more extreme weather, rising sea levels and diminishing Arctic sea ice, among other changes.”

The landmark report adds allowing global temperatures to temporarily exceed or “overshoot” 1.5°C would mean a greater reliance on techniques that remove CO2 from the air, however, they note the effectiveness of such techniques are unproven at large scale and some may carry significant risks for sustainable development.

It suggests limiting global warming to 1.5°C compared to 2°C would avoid a number of climate change impacts: for instance by 2100, global sea level rise would be 10cm lower, coral reefs would decline by 70% to 90% compared to their extinction with 2°C and the likelihood of an Arctic Ocean free of sea ice in the summer would be once per century.

At 1.5°C, the proportion of global population exposed to water stress could also be 50% lower than at 2°C, in addition to food scarcity being less of an issue, with hundreds of millions fewer people, especially in poor countries, at risk of climate-related poverty.

Jim Skea, Co-Chair of IPCC Working Group III said: “Limiting warming to 1.5°C is possible within the laws of chemistry and physics but doing so would require unprecedented changes.”

The report was commissioned by policymakers during the Paris climate talks in 2016 – when governments agreed to limit the rise in average global temperatures to well below 2°C and as close as possible to 1.5°C above pre-industrial levels – and is expected to set the agenda for climate action for decades to come.