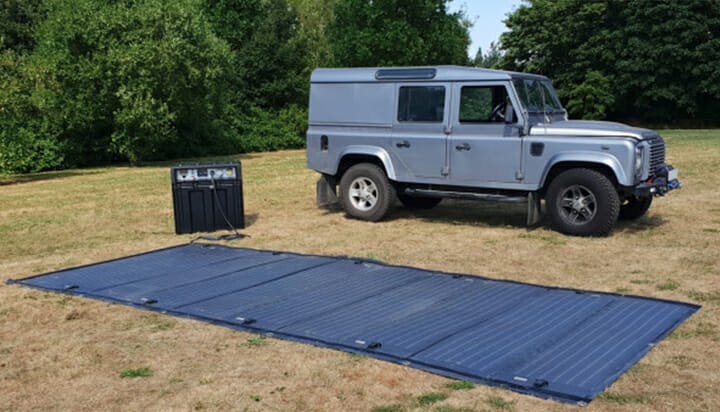 Charities and NGOs such as the Red Cross and Medicins Sans Frontieres are keen to get using the FAST FOLD equipment, which can be easily transported into remote off-grid or disaster-hit areas, moved into position manually and set up in just two minutes.

The company behind the product say it can save lives by powering communications, water purification and medical equipment – of the 8.7 million people currently living in temporary camps around the world, around 80% don’t have access to electricity.

Renovagen says the systems can replace polluting and expensive diesel generators, achieving fuel savings of around 85% when powering a deployable camp headquarters.

A group of teenage girls in Los Angeles previously developed a solar-powered tent to help the homeless.