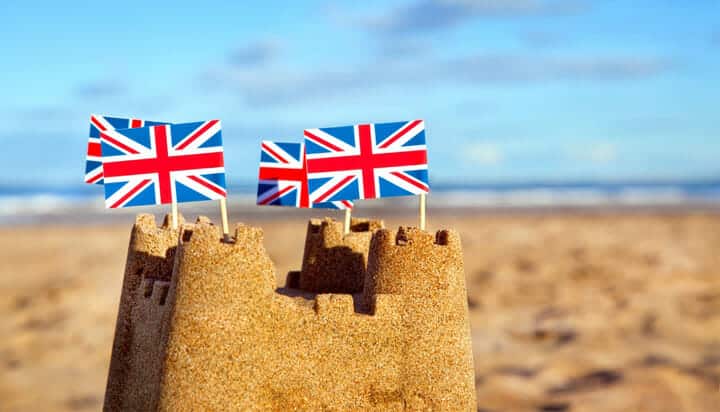 Summers in the UK could be up to 5.4°C warmer by 2070, according to new data published by the Met Office.

It warns of significant temperature rises in the coming decades in its “most comprehensive picture yet” of how climate could change over the next century.

It adds average summer rainfall could decrease by up to 47% by 2070 while there could be up to 35% more precipitation in winter.

Sea levels are projected to increase over the 21st century and beyond under all emission scenarios, which means the UK could see a rise in both the frequency and magnitude of extreme water levels around the coastline.

Environment Secretary Michael Gove said the UKCP18 can be used a tool to guide decision-making and boost resilience – through increasing flood defences, designing new infrastructure or adjusting ways of farming for drier summers.

He added: “This cutting-edge science opens our eyes to the extent of the challenge we face and shows us a future we want to avoid.

“The UK is already a global leader in tackling climate change, cutting emissions by more than 40% since 1990 – but we must go further. By having this detailed picture of our changing climate, we can ensure we have the right infrastructure to cope with weather extremes, homes and businesses can adapt and we can make decisions for the future accordingly.”

Today’s announcement comes as the UK marks the 10th anniversary of its Climate Change Act.

UKCP18 is a climate analysis tool that forms part of the Met Office Hadley Centre Climate Programme, which is supported by the Department of Business, Energy and Industrial Strategy (BEIS) and the Department for Environment, Food and Rural Affairs (Defra).

The climate is changing. Even given strenuous efforts to limit the cause of global warming, further climatic changes are inevitable in the future. The UK needs to manage the growing risks from climate change. In order to adapt and build resilience, up-to-date information on climate change is needed to inform decision-making.

UKCP18 is the fourth generation of national climate projections for the United Kingdom and will provide users with the most recent scientific evidence on projected climate changes with which to plan for the future. It is therefore a cornerstone principle of resilience preparation that we plan for a wide range of possible future changes, in parallel with taking actions to reduce the likelihood of the worst scenario becoming reality.

So, while the UK continues to play a leading role in international efforts to keep the global temperature rise to well below 2°C and pursue efforts to limit it to 1.5°C (by reducing emissions, supporting the developing world to do the same and contributing to global diplomatic and scientific efforts), the adaptation plans should include preparation for worse climate change scenarios.