The World Economic Forum warns extreme weather events, exacerbated by climate change, is the risk most likely to happen over the next 10 years 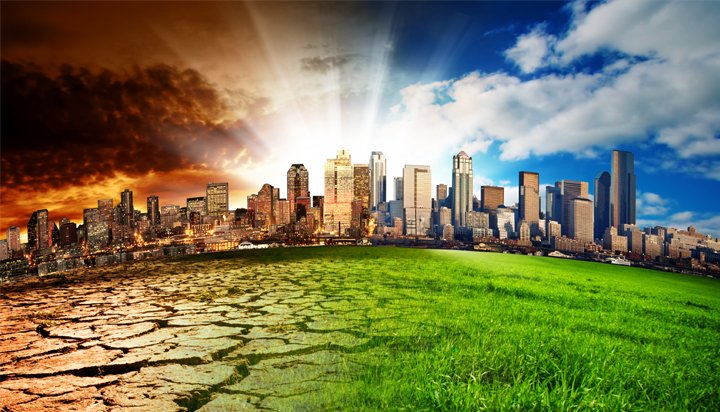 The world is “sleepwalking into catastrophe” over climate inaction as environmental threats have been ranked as the most likely and among the most impactful risks globally this year.

A new report from the World Economic Forum (WEF) reveals environment-related risks account for three of the top five risks by likelihood and four by impact, warning extreme weather events, exacerbated by climate change, as the risk most likely to happen over the next 10 years.

The findings are based on the annual Global Risks Perception Survey, which asks the Forum’s network of business, government, civil society and thought leaders to gauge the risks facing the world.

The respondents seem “increasingly worried” about environmental policy failure – having fallen in the rankings after Paris, failure of climate change mitigation and adaptation jumped back to number two in terms of impact this year.

The report warns environmental risks pose problems for urban infrastructure and its development and with sea levels rising, many cities face “hugely expensive” solutions to problems that range from clean groundwater extraction to superstorm barriers.

It adds investment shortfalls in critical infrastructure such as transport can also lead to system-wide breakdowns as well as exacerbate associated social, environmental and health-related risks.

By 2040, the investment gap in global infrastructure is forecast to reach $18 trillion (£14tn) against a projected requirement of $97 trillion (£75tn).

Businesses are therefore being recommended to develop a climate resilience adaptation strategy and “act on it now”.

The report states: “The year 2018 was another one of storms, fires and floods. Of all risks, it is in relation to the environment that the world is most clearly sleepwalking into catastrophe.

“Climate change is exacerbating biodiversity loss and the causality goes both ways: many affected ecosystems – such as oceans and forests – are important for absorbing carbon emissions. Increasingly fragile ecosystems also pose risks to societal and economic stability… As environmental risks crystallise with increasing frequency and severity, the impact on global value chains is likely to intensify, weakening overall resilience.”

Environmental risks continue to dominate the results of the annual Global Risks Perception Survey (GRPS). The results of climate inaction are becoming increasingly clear. The accelerating pace of biodiversity loss is a particular concern. Species abundance is down by 60% since 1970. In the human food chain, biodiversity loss is affecting health and socioeconomic development, with implications for well-being, productivity and even regional security.

Disruptions to the production and delivery of goods and services due to environmental disasters are up by 29% since 2012. North America was the region worst affected by environment-related supply-chain disruptions in 2017; these disruptions were due notably to hurricanes and wildfires.

For example, in the US automotive industry, only factory fires and company mergers caused more supply-chain disruptions than hurricanes. When the disruptions are measured by the number of suppliers affected rather than the number of individual events, the four most significant triggers in 2017 were hurricanes, extreme weather, earthquakes and floods.

Upheavals in the global waste disposal and recycling supply chain during 2018 may be a foretaste. China banned the import of foreign waste, including almost 9 million tons of plastic scrap, to reduce pollution and strain on its national environmental systems. This ban exposed weaknesses in the domestic recycling capacity of many Western countries. Plastic waste built up in the United Kingdom, Canada and several European states. In the first half of 2018 the United States sent 30% of the plastic that would previously have gone to China to landfill and the rest to other countries including Thailand, Malaysia and Vietnam.

However, all three of those countries have since announced their own new restrictions or bans on plastic imports. In sum, as the impact of environmental risks increases, it will become increasingly difficult to treat those risks as externalities that can be ignored or shipped out. Domestic and co-ordinated international action will be needed to internalise and mitigate the impact of human activity on natural systems.