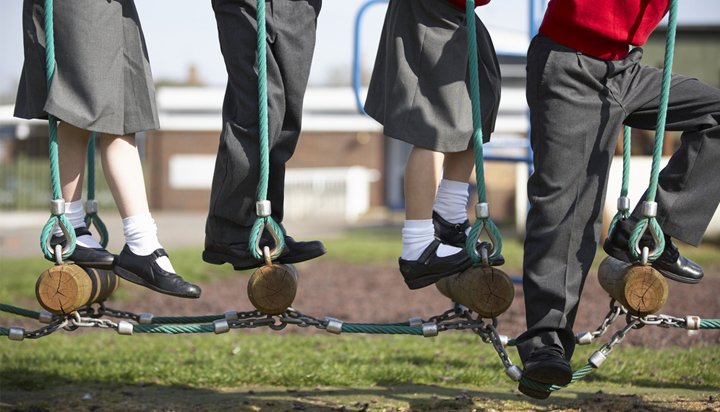 Green “pollution barriers”, made up of hedges and plants, are to be set up around playgrounds in London’s primary schools to fight toxic air.

The project will cover 29 primary schools located next to some of the most polluted roads in the capital, using £400,000 of funding from Mayor Sadiq Khan’s ‘Community Green Space’ scheme.

One of the schools, Marner Primary School in Bromley-by-Bow, Tower Hamlets – one of the most polluted in London – will install “green screens” of evergreen climbing plants such as ivy to create a barrier wall between the playground and Devas Street.

Further trees and hedgerows will also be planted along the school perimeter and a “green gateway” will be created at the main entrance.

A total of 78 projects, which include creating community gardens, improving parks and cleaning up waterways will share the fund, will share grants worth more than £1.27 million.

They are part of the mayor’s work to make London one of the greenest cities in the world and to become the first National park City, by improving and increasing green spaces, cleaning the capital’s air, reducing waste and becoming zero carbon by 2050.

Professor Paul Monks, Chair of the Air Quality Expert Group (AQEG) said: “Green barriers between cars and pedestrians can reduce pollution just behind the barrier by as much as a half; in the situation of school playgrounds this can be seen to have beneficial effects. The primary push must remain on reducing harmful air pollution into the atmosphere.”

. Queensbridge Primary School in Hackney has been awarded £48,246 to create three green spaces in its school playground, to help improve air quality, provide space for wildlife and create opportunities for outdoor play. The project will install a green ivy screen to create a barrier to pollution from the nearby road, create a woodland and bug garden, and build an ‘edible playground’ with space for children to grow their own food

. St Peter’s Eaton Square C of E Primary School in Westminster has been awarded £7,000 to install a green ivy screen around its lower basement playground. Improving air quality in the playground will see it become an outdoor learning space for gardening and quiet reading

. Oliver Goldsmith Primary School in Peckham, Southwark has been awarded £12,500 to install green screens around the perimeter of the school to reduce children’s exposure to air pollution from the busy Peckham Road and Southampton Way

New green spaces, waterways and wildlife habitats being created and upgraded include:

. Urban Growth Learning Gardens have been awarded £19,942 to rejuvenate the garden of a popular adventure playground and community centre at Slade Gardens in Brixton. The project will work particularly with young people who have behavioural and emotional difficulties, and will create a community garden hub where local people will be able to grow food and flowers through structured volunteering & education.

. Friends of Archbishop’s Park have been awarded £19,920 to create an educational garden at Archbishop’s Park in Lambeth, which supports the training and learning of vulnerable adults with learning disabilities and mental health issues. The project will work with patients from the local Maudsley NHS Foundation Trust

. Bermondsey Community Kitchen has been awarded £12,500 to create community gardens, where residents will be invited to grow fruit and vegetables across six housing estates in South Bermondsey. Residents will also be offered free training and cookery classes

. Hillingdon Council, working in partnership with Woodlarks and Waders, has been awarded £40,000 to create new wetland habitats in Elephant Park in North Hillingdon. The ponds and ditches will create space for wildlife and reduce flood risk

. Froglife has been awarded £46,649 for London Tails of Amphibian Discovery, which will work across seven sites in Ealing, Enfield, Bexley and Lambeth to create and restore habitat including lakes and ponds for London’s common toads. Toad populations in the UK have declined by 68 per cent in the last 30 years

. METRO Charity has been awarded £15,000 to create a therapeutic green space for its vulnerable young service users, schools and the community in Greenwich. The project will transform a derelict allotment into a food growing and educational hub