If you thought other electric cars sounded great, this one is simply heavenly 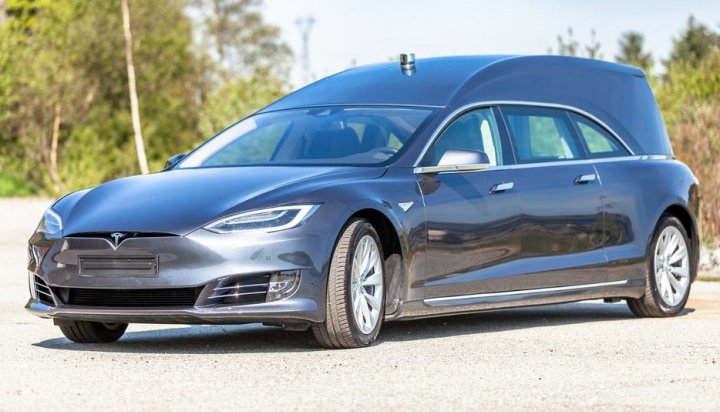 If you thought other electric cars sounded great, this one is simply heavenly.

A heavily modified Tesla Model S has appeared on second-hand car site Finn.no in the form of a hearse.

The electric vehicle (EV), which was created by funeral industry car supplier Karmøy Bilsenter, can be found in Kopervik, Norway with only 1,000 kilometres on the clock.

In 2016, a British funeral director was shortlisted for a national energy efficiency and innovation award – maybe he would be interested.