It will be the first payment for reducing around 4.8m tons of carbon emissions under a climate initiative that started in 2010 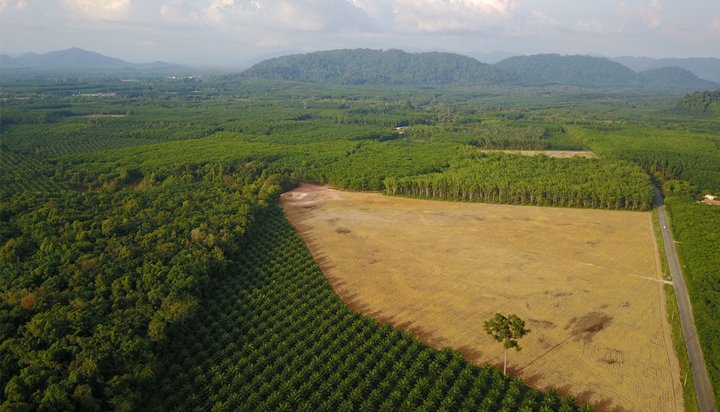 Indonesia can now receive payments from Norway after the Southeast Asian country reduced emissions from deforestation.

It will be the first payment for reducing around 4.8 million tons of carbon emissions under the Norwegian International Climate and Forest initiative between the two countries that started in 2010.

It is divided into phases, where the first and second phases are about getting countries to stop deforestation through changes in national legislation and frameworks.

The third phase starts when nations manage to reduce deforestation and that is when Norway starts paying out money based on reduced emissions.

In 2010, Norway pledged to support the nation with up to $1 billion (£0.78bn) depending on results – so far, around 13% of the pledge has been spent to support the efforts of the government to address deforestation.

The Indonesian Government has introduced new measures, including a ban on destroying primary forests and peatlands, over the last few years.

Siti Nurbaya Bakar, Environment and Forests Minister of Indonesia said the government has managed to undertake a series of “corrective measures” in the forest and land use sector.

She added: “The bold measures have resulted in significant reduction of deforestation, forest degradation, as well as GHG emissions. I’m also pleased that Indonesia and Norway have agreed on the rules for results-based payments. With these developments, we are ready to step into the third phase of the partnership, in which emission reductions on the field is rewarded by Norway.”

Ola Elvestuen, Norway’s Climate and Environment Minister said: “Indonesia has embarked on bold regulatory reforms and it is showing results. It may be too early to see a clear trend but if deforestation continues to drop, we stand ready to increase our annual payments to reward Indonesia’s results and support its efforts.”

Results are estimated for reduced deforestation and forest degradation at the national level starting from the forest year 2016/17.

They are measured against a 10-year historical average emissions level. For the period 2006/16, that was estimated at approximately 237 million tons CO2 per year from deforestation and around 42 million tons for forest degradation.

Emission reductions from peat degradation and peat fires will be included in the results protocol in the near future, as estimates improve.

Indonesia will set aside 20% of the results to account for uncertainty and another 15% to reflect its own ambition in reducing emissions. The remaining 65% of the results can be rewarded by Norway or other financiers.

Norway will guarantee payment for a portion of the available tons. Norway will not use emission reductions from Indonesia to offset its climate commitments.