There’s snow way an EV could drive up that… wrong! 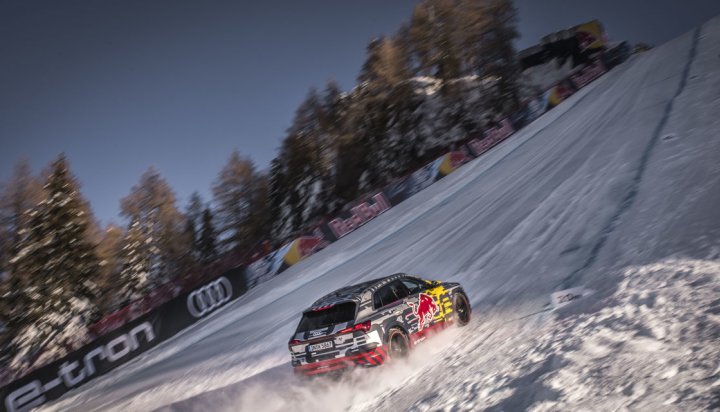 Audi has demonstrated the cold weather power and impressive torque of its e-tron electric vehicle (EV) by driving it straight up a world-famous downhill ski course.

The German carmaker employed World Rallycross champion Mattias Ekström to drive the specially equipped all-wheel drive car up the face of Austria’s ‘Mausefalle’ on its legendary ‘Streif’, which is the steepest section of the course at a gradient of 85%.

It used 19-inch wheels with spikes to provide the necessary grip on snow and ice.

Driver Mattias Ekström said: “Conquering an 85% gradient sounds impossible at first. Even I was impressed with the way this car handles such difficult terrain.”

Audi has announced plans to install a giant solar power system on the roofs of two logistics centres at its plant in Hungary.