Offshore wind ‘will provide a third of UK electricity by 2030’

That’s the bold statement from Energy and Clean Growth Minister Claire Perry, who has announced the launch of the new Offshore Wind Sector Deal 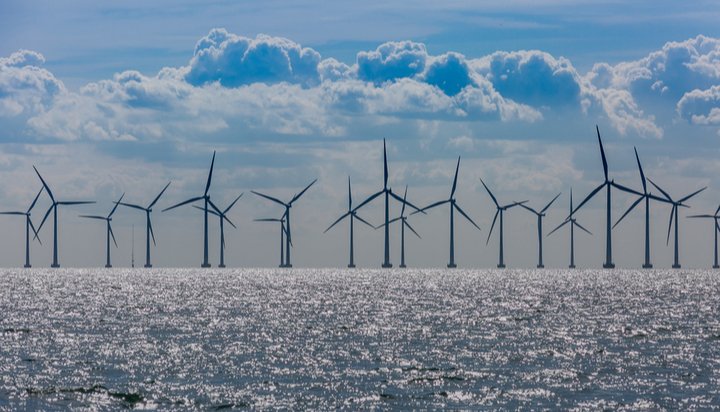 Offshore wind is set to provide a third of the UK’s electricity by 2030.

That’s the bold statement from Energy and Clean Growth Minister Claire Perry, who has announced the launch of the new Offshore Wind Sector Deal, led jointly by government and industry.

The Department for Business, Energy and Industrial Strategy (BEIS) says it means for the first time in UK history, there will be more electricity produced from renewables than fossil fuels, with 70% of British power predicted to be from low carbon sources by 2030.

The department suggests this would be driven by more than £40 billion of infrastructure investment, which it believes could see the number of jobs in the wind sector triple to 27,000 by 2030.

The deal will also increase the target for ‘homegrown’ offshore wind projects to 60%, to ensure local communities benefit from the UK’s 7,000 miles of coastline, as well as drive a new £250 million Offshore Wind Growth Partnership to make sure UK companies in regions like the North East, East Anglia, Humber and the Solent remain domestically and internationally competitive.

The government hopes to multiply global exports to Europe, Japan, South Korea, Taiwan and the US by 500%, which would boost their value to £2.6 billion per year by 2030.

The move aims to reduce the cost of projects through the next decade so that by 2030, wind farms will be more affordable in a subsidy-free environment.

Claire Perry, Energy and Clean Growth Minister, said: “This new Sector Deal will drive a surge in the clean, green offshore wind revolution that is powering homes and businesses across the UK, bringing investment into coastal communities and ensuring we maintain our position as global leaders in this growing sector.”

As part of the announcement, the government has also set out an ambitious target to more than double the number of women working in the offshore wind energy industry by 2030.