Coral bleaching is now affecting the southernmost reef in the world 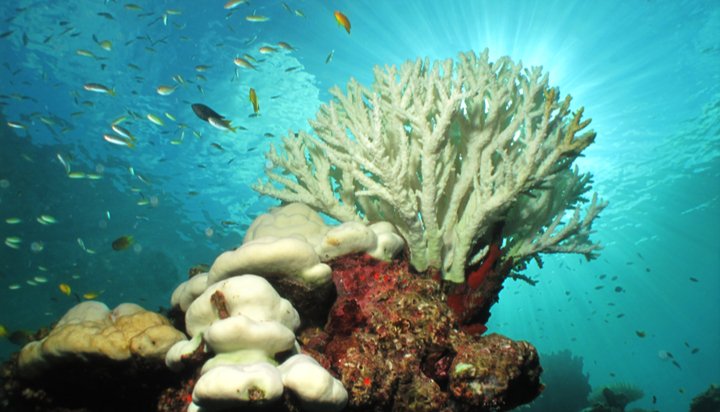 Coral bleaching is now affecting the southernmost reef in the world.

They say warmer ocean temperatures due to climate change mean around 90% of some reefs at Lord Howe Island Marine Park have now been bleached, although other parts of the region have escaped largely unscathed.

The 145,000 hectare UNESCO World Heritage site contains the world’s closest coral reef to a pole and contains a wide range of species.

They warn some corals are now dying on the most severely affected reefs after the temperature in the region during January reached heights a full 1°C warmer than usual.

The researchers said: “Coral bleaching is the greatest threat to the sustainability of coral reefs worldwide and is now clearly one of the greatest challenges we face in responding to the impact of global climate change.

“UNESCO World Heritage regions, such as the Lord Howe Island Group, require urgent action to address the cause and impact of a changing climate, coupled with continued management to ensure these systems remain intact for future generations.”