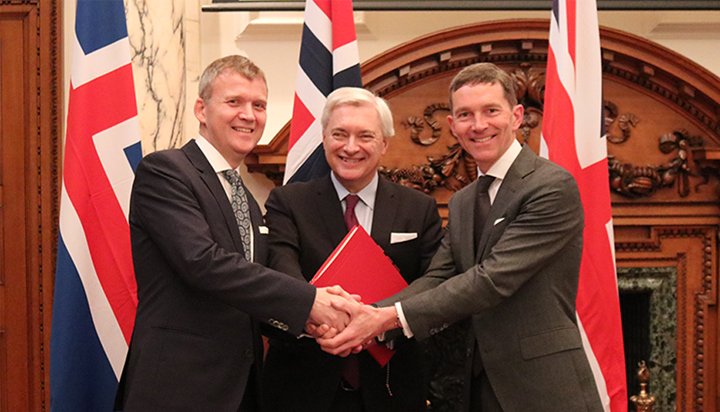 The UK has signed an agreement with Iceland and Norway which will enable British businesses and consumers to benefit from continued trade after Brexit.

That includes imported goods such as aluminium products and some fuel and oil products from the two countries.

The agreement covers trade in goods and will only be used in a no-deal scenario, maintaining the same level of tariffs on goods traded between the three countries.

According to the Department for International Trade, British businesses could avoid up to £15 million a year in tariff charges on exports that would otherwise apply if an agreement wasn’t in place.

Andrew Mitchell, HM Trade Commissioner for Europe said: “Today’s agreement secures continued preferences for goods trade with Iceland and Norway for British businesses as we prepare to leave the EU. These are key trading partners with whom we have a longstanding and historic trading relationship.

“Our trade with Iceland and Norway was worth around £30 billion last year, with just over £24 billion of this in goods. This is good news for British businesses and we have a golden opportunity to further liberalise trade with these countries in the years ahead.”