The Joint European Torus in Culham, operated by the UK Atomic Energy Authority, will receive at least €100m over the next two years 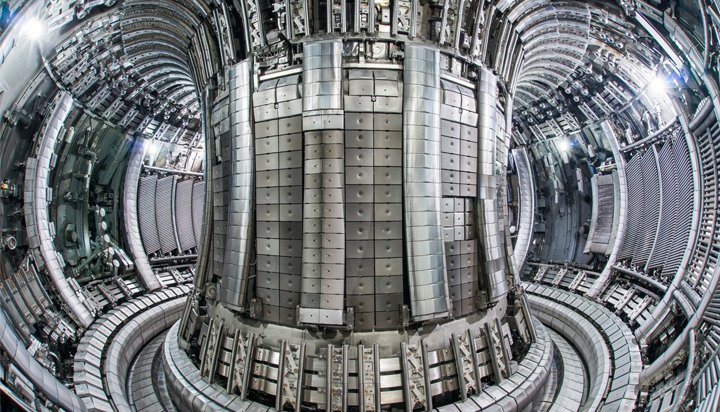 The future of the world’s largest nuclear fusion research facility in Oxfordshire has been secured with new funding from the European Commission.

The Joint European Torus (JET) in Culham, operated by the UK Atomic Energy Authority, will receive at least €100 million (£85.7m) in additional investment from the EU over the next two years.

Fusion research aims to copy the process which powers the Sun for a new large-scale source of clean energy on Earth. Nuclear fusion has huge potential as a long term energy source that is environmentally responsible, with no carbon emissions.

Scientists from 28 European countries use JET to conduct research into the potential for carbon-free fusion energy in the future, through work co-ordinated by the EUROfusion consortium which manages and funds the research activities on behalf of Euratom.

The future of the facility has been under discussions since 2017 as its work is covered by the Euratom Treaty, which the UK Government intends of leave as part of the process of exiting the EU.

The contract extension guarantees JET’s operations until the end of 2020 regardless of the outcome of Brexit, which enables researchers to conduct a series of vital fusion tests planned for the next year.

The tests will serve as a “dress rehearsal” for the new international experimental fusion reactor, ITER, currently being built in southern France.

Science Minister Chris Skidmore said: “Extending this contract means cutting-edge and world-leading fusion research can continue in this country, which I know will be a welcome reassurance to the hundreds of workers at Culham.

“Science has no borders and as we leave the EU, this kind of international collaboration remains at the heart of our modern Industrial Strategy to maintain the UK’s position as a world leader in research and innovation.”