It will apply 24 hours a day, seven days a week, in addition to the weekday Congestion Charge 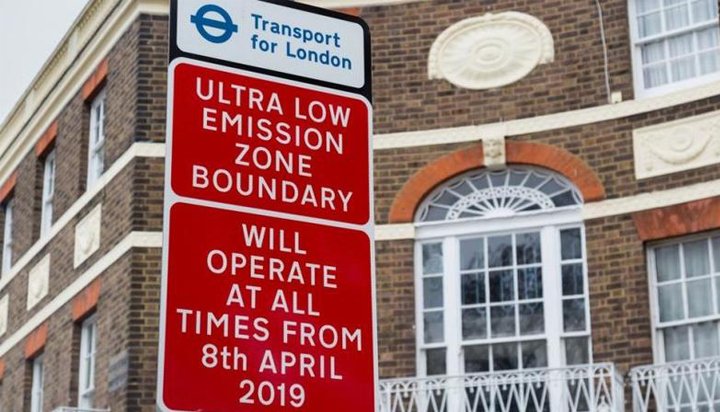 The Ultra Low Emission Zone (ULEZ) in London has come into effect today, affected hundreds of thousands of vehicles driving through the capital.

Cars, vans, lorries, coaches, buses, motorbikes and all other vehicles entering central London will need to meet the new, stricter emissions standards or pay the daily ULEZ charge, in addition to the weekday Congestion Charge.

It replaces the T-Charge which was introduced in October 2017.

The daily charge for a car that does not meet new emissions standards is £12.50 on average, which will apply 24 hours a day and seven days a week.

Most of the vehicles are subject to the £12.50 rate, including vans, minibuses and motorcycles.

If drivers fail to pay the ULEZ charge, they will face a penalty of £160, which is reduced to £80 if it is paid within 14 days.

Some drivers and vehicles qualify for a temporary discount or full exemption from the ULEZ charge, including residents who are registered for the Congestion Charge Discount, keepers of vehicles registered with a ‘disabled’ or ‘disabled passenger vehicles’ tax class, London-licensed taxis, not-for-profit minibuses and agricultural and military vehicles.

Other vehicles must meet the following to be exempt:

The ULEZ is part of a package of measures introduced by Mayor Sadiq Khan to tackle toxic air pollution in London.

Thousands of Londoners die prematurely each year due to long term exposure to air pollution and more than 400 schools are in areas exceeding legal air quality limits.

Around half of emissions from road transport are nitrogen oxides (NOx), which contribute to illegal levels of nitrogen dioxide and particulate matter.

The ULEZ is expected to help reduce these emissions to protect children from lung damage, reduce the risk of breathing illnesses and heart disease in adults.

Mr Khan said: “This is a landmark day for our city. Our toxic air is an invisible killer responsible for one of the biggest national health emergencies of our generation. I simply refuse to be yet another politician who ignores it. The ULEZ is the centrepiece of our plans to clean up London’s air – the boldest plans of any city on the planet, and the eyes of the world are on us.

“This is also about social justice – people in the most deprived parts of London, who are least likely to own a car, suffer the worst effects of harmful air pollution. I will not stand by and watch children grow up with under-developed lungs in our city. The ULEZ is a vital step towards helping combat London’s illegal air.”

He previously confirmed the ULEZ will expand up to the North and South Circular roads from 25th October 2021.

Graeme Cooper, National Grid’s Electric Vehicles Project Director said: “The world’s first ultra low emission zone (ULEZ), that comes into effect today in London, is a great step forward and one of many measures needed to improve air quality. Air quality is a public health issue that can only be tackled if we all make a conscious effort to move towards using and buying vehicles that have lower emissions like electric vehicles.

“However, more supportive measures are needed, from all sectors, to make real progress on this issue; this would include stronger government commitment to air quality/zero emission vehicle ambitions, cheaper lower emission vehicles alongside incentives to help reduce their cost and a strategic network of publicly accessible charge points that can give consumers the confidence to move away from diesel and petrol fuelled cars.”

Poppy Welch, Head of industry and government-backed Go Ultra Low campaign, said: “With the introduction of the Ultra Low Emission Zone in London, there has never been a better time for drivers to consider making the switch to electric. Offering exemptions from both the Ultra Low Emission and Congestion Charge zones, cheaper running, maintenance and tax costs, as well as a government grant towards the purchase price of zero emission vehicles, switching can not only save money but also help make a difference to local air quality.”

Daniel Brown Policy Manager at the Renewable Energy Association said: “This is a milestone policy in the UK and demonstrates real commitment to delivering clean air. This sends a clear message to the UK and global car manufacturers that electric vehicles are here to stay and need to be built in volume, particularly as other cities follow suit. The EV charging industry will be busy for the next two years deploying charging infrastructure ahead of October 2021 when the London ULEZ tightens, becoming available only to zero emission vehicles.

“We welcome the complementary initiatives to the introduction of the ULEZ to ensure costs are kept low for consumers – including public transport fare freezing and a scrappage scheme.”