The hydrogen produced could be used to power buses and heavy goods vehicles, before being rolled out to fuel cars 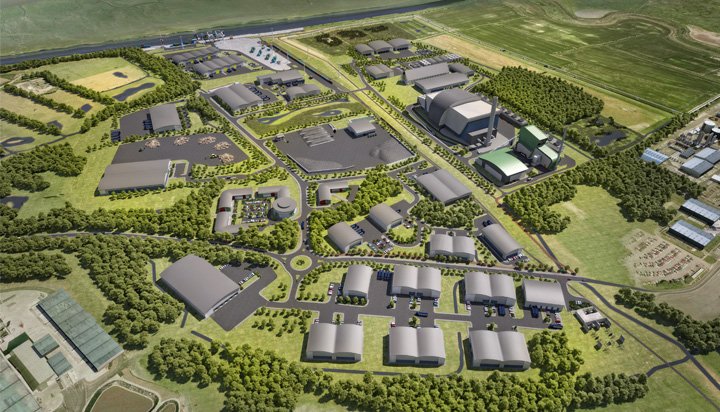 An artist's impression of the proposed development. Image: Peel Environmental

Plans to deliver what is claimed will be the UK’s first commercial plastic to hydrogen project in Cheshire have been announced.

Peel Environmental has joined forces with Waste2Tricity to deliver the project at its Protos site near Ellesmere Port, using an advanced thermal treatment technology developed by Powerhouse Energy.

The proposed £7 million facility would have the capacity to treat up to 25 tonnes of waste plastics a day that would otherwise be incinerated or sent to landfill.

The hydrogen produced could be used to power buses and heavy goods vehicles (HGVs), before being rolled out to fuel cars.

The addition, the hydrogen would generate electricity which could be supplied to businesses located at Protos via the private network.

The project is expected to create more than 100 jobs during fabrication and construction and 25 new permanent jobs.

Myles Kitcher, Managing Director at Peel Environmental said: “We have a huge problem with plastic waste in the UK – almost 1.2 million tonnes goes to landfill every year. Working in partnership with Waste2Tricity we are developing a closed loop solution where plastics are brought to Protos and recycled on site with the leftover material used to create hydrogen instead of ending up in landfill.

“Not only will this help tackle the problem of waste plastics, it will provide a local source of hydrogen which could be used as a clean and low cost fuel for buses, HGVs and eventually cars, helping to reduce air pollution and improve air quality on our roads. The hydrogen revolution is taking place now in the North West and this project shows how we’re leading the way.”

Planning application for the development is expected to be submitted later this year.