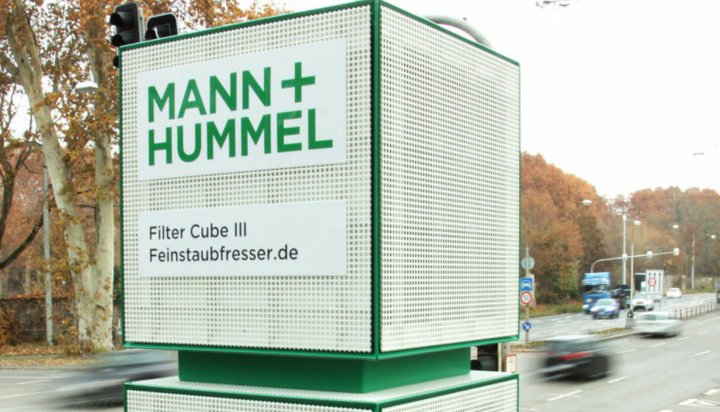 Air filters at a road junction in Germany have been retrofitted to filter out nitrogen dioxide in addition to particulate matter.

German manufacturing group MANN+HUMMEL‘s 17 ‘Filter Cubes’, which were installed as part of a pilot test in 2018 at the Neckartor traffic junction in Stuttgart, use low air pressure and fans to suck in air before trapping pollutants with activated carbon layers.

In August, the filters will be replaced by more developed systems with a larger filter surface area and more powerful fans – six more filter boxes will also be added.

MANN+HUMMEL says in the past, nitrogen dioxide limits were regularly exceeded at the site – they hope the new equipment could potentially remove the need for driving bans in inner cities.