Maid of the Mist boats at Niagara Falls go electric 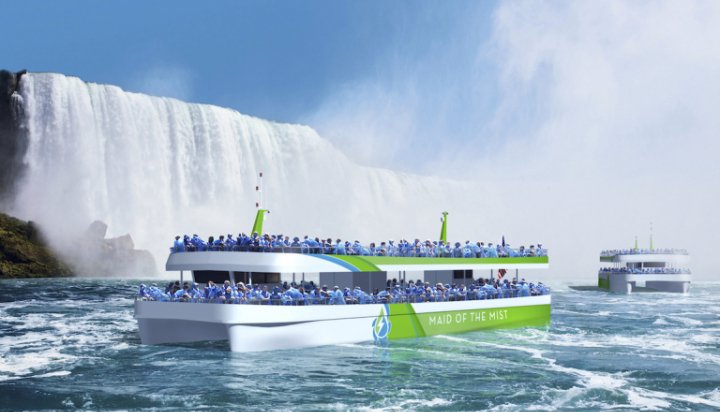 Image: Maid of the Mist

Maid of the Mist tour boats at the Niagara Falls are to go electric.

The catamaran-style boats for the tour service, which have been in operation since 1846, will be built in the US and are expected to provide more than 1.6 million guests from around the world with an up-close, noise and smoke-free view of the famous waterfall.

They have been designed by Propulsion Data Systems and are under construction by Burger Boat Company, while technology giant ABB will supply an integrated power and propulsion solution, including lithium ion battery packs and an onshore charging system.

This system will recharge the boats’ batteries to 80% capacity after each trip in only seven minutes.