City of London plugs in rapid charger for electric taxis 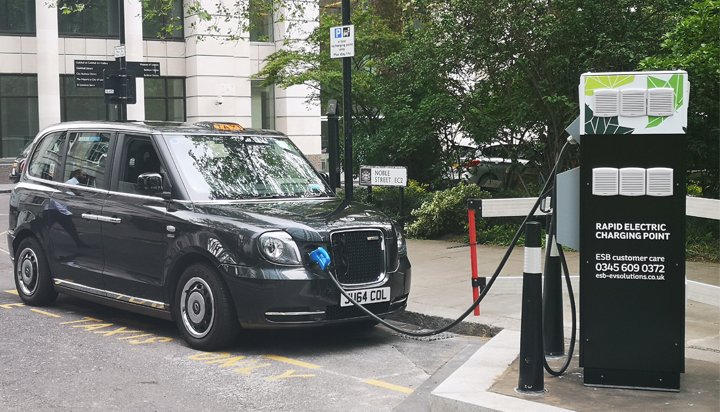 It will be dedicated for use by zero-emission capable (ZEC) taxis, which have been rolled out on the capital’s roads since January 2018.

Figures from Transport for London (TfL) show there currently are more than 1,400 licensed ZEC taxis operating in London.

The installation is part of the City of London Corporation’s 2019 rollout, which includes a further 10 chargers due to be installed at Baynard House car park at Queen Victoria Street, available for both ZEC taxis and small freight vehicles.

The rapid charging points, partly funded by TfL, are capable of topping up a car’s battery within 20 to 30 minutes.

Alastair Moss, Chair of the City of London Corporation’s Planning and Transportation Committee said: “As licensed ZEC taxis are being seen in increasing numbers across London, I look forward to increasing the total number of charging points in the Square Mile to meet demand.

“I am particularly excited by our plans for one of London’s first charging ‘hubs’ at Baynard House, which should limit idling as ZEC drivers spend less time searching for vacant charge points on our streets. We are dedicated to supporting the continued success of the taxi and freight trade, as well as tackling vehicle-related pollution.”

There are currently 80 charging points publicly available in the City of London.