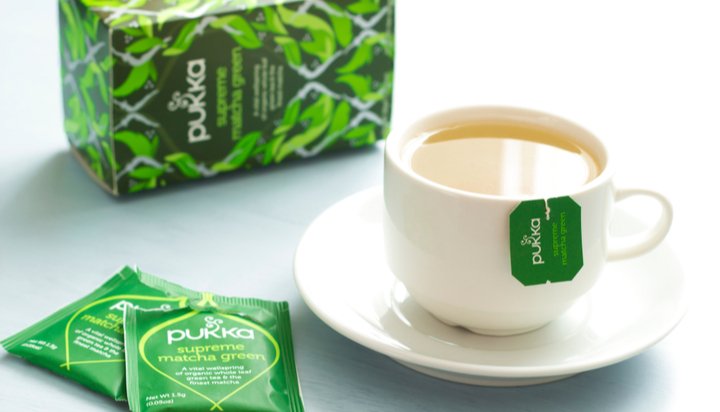 Pukka Herbs has recorded a 58% year-on-year reduction in its direct greenhouse gas emissions.

That’s according to the organic herbal tea producer’s latest sustainability report, which shows it achieved this goal after setting science-based sustainability targets in line with a 1.5°C trajectory.

It notes its direct emissions originate mainly from natural gas usage and refrigerant losses – this figure fell from 21.28 tonnes of carbon dioxide equivalent in 2017 to 8.99 tonnes last year.

The company also reduced emissions from the electricity it purchased by 79%.

It switched to a renewable electricity supplier, cut the volume of employees driving private cars to work and used more recycled materials in its packaging.

The company has estimated 49% of its ‘crop to cup’ emissions, which takes into account all stages of the tea production, distribution and eventual consumption, come from kettles being boiled.

It suggests around 25% of the total ‘crop to cup’ figure is emitted in the supply chain, 10% in logistical processes and only 3% in the Pukka Herbs offices and warehouses.

CEO Karel Vandamme said: As we grow, so does our responsibility to invest back into the planet. After mapping
our carbon impact from crop to cup, we were delighted to have our climate goal – to be carbon zero by 2030 – validated by the Science Based Targets initiative in 2018.”