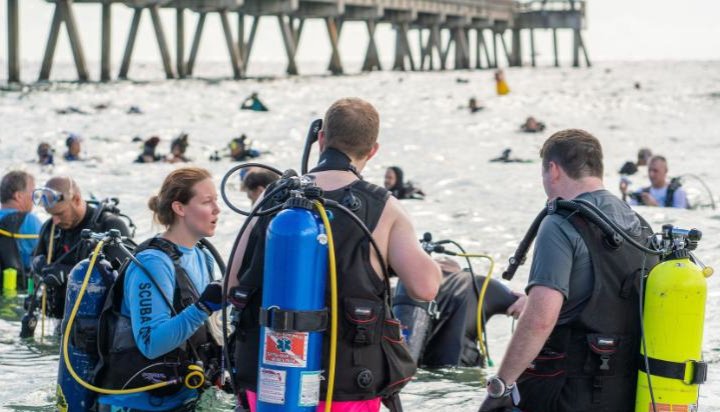 A total of 633 divers cleaned the seabed around the Deerfield Beach International Fishing Pier in Florida to break the world record for the largest mass sub-aquatic clean-up of a section of seabed.

To meet official Guinness requirements, divers had to stay in the water for at least 15 minutes to count towards the record.

Participants, who included a 13-year-old girl, collected around 9,000 pieces of marine debris in total.

The collective weight of rubbish collected has not yet been announced but the divers retrieved around 725 kilogrammes of lead fishing weights alone – these are dropped in the ocean when anglers cut their lines.

The previous record for the most divers taking part in an underwater cleanup was conducted by 614 people in Egypt during 2015.